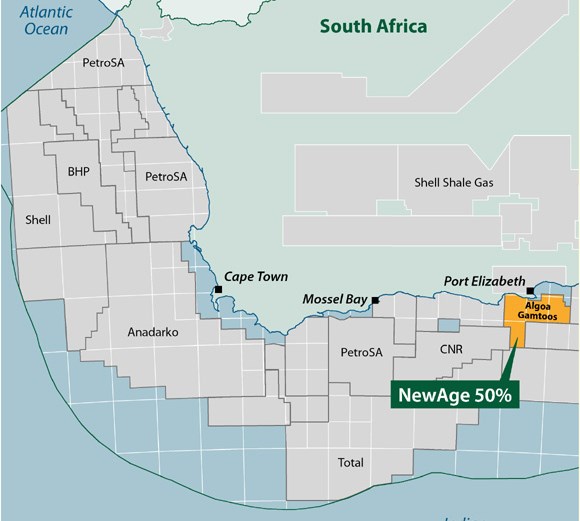 The Second Exploration Period of the Algoa-Gamtoos License will run for two years from 17 November 2020, and the work programme during this period will include a further 300 km2 of 3D seismic data acquisition in the license area.

The Luiperd-1X well encountered 73 meters of good quality net pay in 85 meters of gross sands in the main target interval and, according to Africa Energy which owns 49% of Main Street 1549 Proprietary Ltd, the well reached a maximum constrained flow-rate through a 58/64″ choke of 33 million cubic feet per day of natural gas and 4,320 barrels of condensate per day, an aggregate of approximately 9,820 barrels of oil equivalent per day. The choke configuration could not be increased due to surface equipment limitations. The absolute open flow potential of the well is expected to be significantly higher than the restricted test rates. Current indications are that the Luiperd discovery is larger than the 1 billion boe Brulpadda discovery announced in 2019.

As previously noted, the Brulpadda and Luiperd-1X wells have successfully tested the Lower Cretaceous turbidite fan play of the Outeniqua basin slope, which is interpreted to extend along strike into the southern part of the Algoa-Gamtoos block, in which the Operator, New Age, has identified on 2D seismic a substantial prospect.

New Age has reprocessed the existing 2D seismic data over the license during 2020, which has yielded a considerable improvement in resolution, and expects to have updated analysis and volumetrics available in January 2021, which will also be made available to potential farm-in partners.