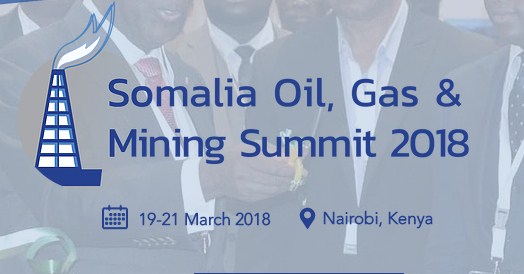 The Somalia Ministry of Petroleum and Mineral Resources has denied it has endorsed the Somalia Oil, Gas & Mining 2018 Summit which is planned to be held in Nairobi in March 2018 with the intention of boosting the long term development of the Oil, Gas and Mining sectors according to Mogadishu based Radio Dalan.

” It has surprisingly come to my attention International Research Network is organizing a summit in Nairobi called Somalia Oil, Gas and Mining Summit, in March 2018. Regrettably, I am writing to clearly inform you that the Ministry of Petroleum and Mineral Resources has neither endorsed not has been involved in any discussion of the stated Summit” the letter addressed to IRN CEO stated and quoted by Dalsan FM.

The minister in the letter is said to have cited that the inclusion of Prime Minister Hassan Kheyre a former executive director at Soma Oil and Gas to the event was likely to attract more delegates whilst others have criticized the PMs interest in the sector and now wants the event halted.

As per the earlier notice by the organizers to potential attendees key institutions within the Somalian State such as the national oil company and the Central Bank would update attendees on the newly developed PSAs model and the legal framework affecting the upstream and downstream sectors.

International banking institutions such as the World Bank and the African Development Fund were also named as participants to the event even providing an update on current funding schemes targeting such capital intensive sectors.

Following the letter from the government the status of the event whether cancelled or ongoing still remains unknown.