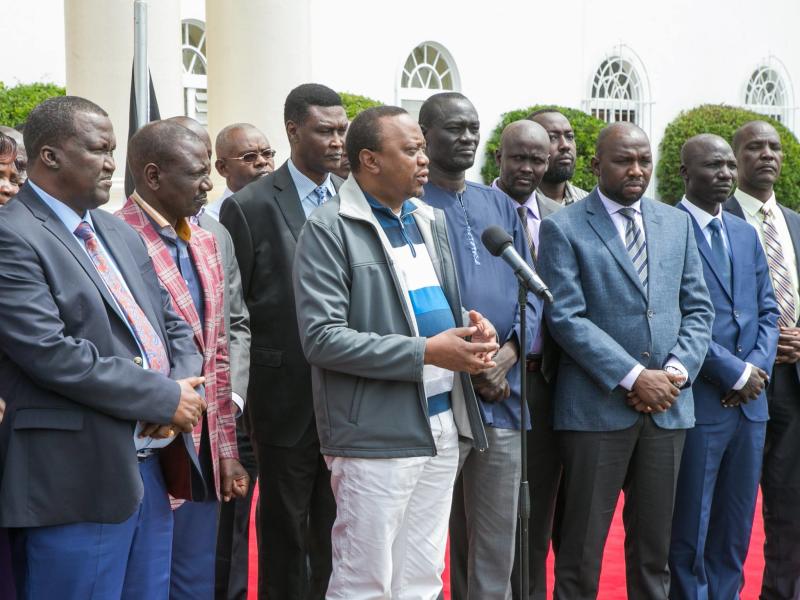 President Uhuru Kenyatta will flag off trucking of Kenya’s early oil from Lokichar in Turkana County on June 3, in what will inject oil as a critical factor in the economy, State House says.

“We are ready to get started. This is important for our country as a whole, and for the community in the producing area,” President Kenyatta said at the meeting that discussed the Early Oil Pilot Scheme.

The Early Oil Pilot Scheme is a project that will utilize existing wells in Turkana County to produce 2,000 barrels of oil per day which will be transported to Mombasa by road.

Speaking at the meeting, Governor Nanok said the Turkana community has been informed of the agreement on the sharing of revenue from the oil proceeds.

Today’s meeting was a follow up to another one held last week with leaders from Turkana County where the agreement on revenue sharing from oil proceeds was reached.

Speaking at last week’s meeting, President Kenyatta announced that the revenue from oil will be shared on the basis of 75 per cent for all Kenyans through the National Government, 20 per cent to the county government and five per cent will go to the local community.

“We now have an understanding that can put Kenya on the map of oil exporting countries. We will intensify our exploration efforts not just in Turkana but in the rest of the country now that we have a legal instrument that can help guide how oil and gas will be handled in our republic,” said the President.

Today’s meeting agreed that the Kenya Joint Venture will continue to work closely with both the national and county governments in actualizing the Early Oil Pilot Scheme.