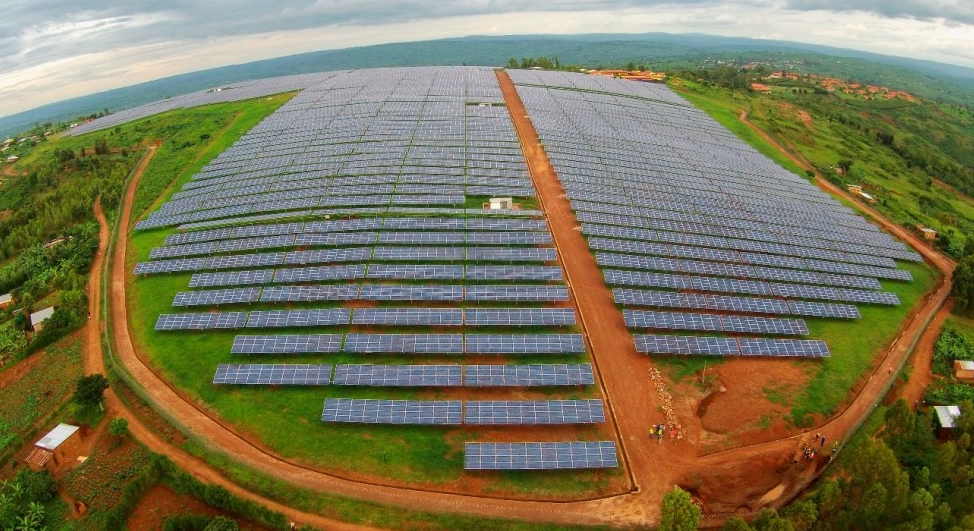 Amid the lush and rolling hills of Mubuga, 100 km outside the Burundian capital of Bujumbura, 2,500 people came yesterday to celebrate the festive ground-breaking for a 7.5 MW solar field that will add 15% to the East African country’s generation capacity. In a colorful and drum-accented ceremony attended by government officials, international investors, religious leaders and the diplomatic community, Gigawatt Global, the leading frontier solar and social development enterprise, announced the $14 million pioneering project in one of the world’s least developed nation.

“Empowering economic and social development is at the heart of our green energy business,” said Michael Fichtenberg, VP for Finance and Business Development of Gigawatt Global. “This high impact development investment supported by leading international financial institutions signals that Burundi is open for development and business.”

This will be the largest private international investment in the power sector in Burundi in nearly 30 years, with the power being sold for 25 years to REGIDESO, the national electric company.

“We are very excited at the groundbreaking of the Gigawatt Burundi solar field,” said His Excellency Come Manirakiza, Burundi’s Minister of Energy and Mines. “After their success in Rwanda, Gigawatt Global has proven it can be relied on to deliver efficient, clean renewable energy at reasonable cost, contributing greatly to our economy and society. We look forward to the speedy completion of this project, and are thankful for the collaboration and cooperation with Gigawatt Global as energy in Burundi is a clear priority.”

Gigawatt Global, an American-owned Dutch developer, is a founding member of the White House Power Africa initiative and financed and developed the first commercial scale solar field in continental sub-Sahara Africa (outside of South Africa) in neighboring Rwanda in 2014.

The project has been supported by a grant from the Energy and Environment Partnership (a Finland, UK, Austrian fund) and the Belgian Investment Company for Developing countries (BIO) to cover the relevant studies. The project is also supported by African-EU Renewable Energy Cooperation Programme (RECP) and the Renewable Energy Performance Platform (REPP), currently engaging in project due diligence.

U.S. Power Africa Coordinator Andrew Herscowitz underlined the importance of Gigawatt Global’s work by saying, “As a founding Power Africa partner, Gigawatt Global continues to demonstrate its industry leadership with this investment in Burundi.” HE Hendrikes Verwein, the Dutch Ambassador to Burundi, said, “The Kingdom of the Netherlands supports Gigawatt Global and commits to assist the company in the pursuit of its investments. The Kingdom of the Netherlands expresses its wish that the contractual commitments included in the agreement protocols for the construction of the solar plant in Mubuga be rapidly implemented.”

Gigawatt Global is expecting to deploy $2 billion in renewable energy projects in Africa as partners of the White House Power Africa initiative in the coming years as renewables are taking the lead in power generation in Africa and emerging markets according to CEO Josef Abramowitz.

“We are targeting sub-Sahara Africa as a high impact and high growth market, with a portfolio of small, medium and large power projects in the highest priority development areas.”

The construction and interconnection of the project to the national grid is expected to be concluded in Q4 of 2017.