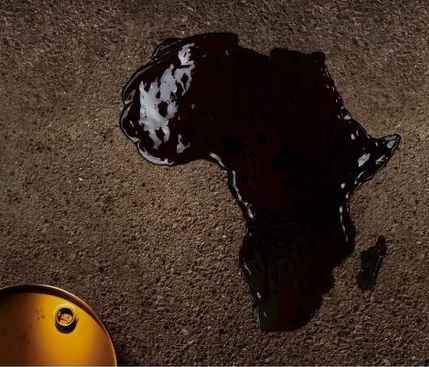 Africa is presently enjoying an upward growth curve, and part of the reason for this is its large new oil discoveries. The oil industry is a big mover and shaker and so development in this sector could, if done right, mean increased employment, increased foreign skill and capital investment, boosted trade and currency exchange, improved GDP, infrastructure development, increased entrepreneurial opportunities, and greater overall social development.

One of the greatest benefits of increased oil production in a continent rife with unemployment is job generation. The Hays Oil & Gas Global Job Index for Q2 of 2013 indicates that not only did the global oil and gas market improve slightly over that quarter but Africa in particular saw a rise in its number of related jobs. With the global economy slowly recovering from the financial crisis, there is reason to hope that energy demands will increase and so secure growth within the industry, which will equal more, and relatively secured, jobs across the board.

John Faraguna, Hays Oil & Gas managing director, in speaking about Africa, said: “Acreage secured in previous licensing arrangements are being farmed-out to operators with an appetite to explore new potential and develop production. This has, in turn, driven an increase in staffing demand.”

Upstream activities are and will continue to dominate the newly discovered oil basins, as companies engage in exploration and production. This will mean employment and development possibilities in a host of fields, including geoscience, management, safety control, engineering, construction, and financing to name a few. Overall economies and societies could take giant steps forward as a result of this industry’s expansion.

The development of adequate and reliable infrastructure in poor, remote, under-resourced and under-developed parts of the continent will be key to fully realising the potential of new oil fields. The African Development Bank believes regional cooperation will prove critical if many countries are to maximise their oil opportunities. Better and more extensive roads, railways, ports, telecommunications and services will be required to deal with increased exploration and production.

North Africa has the most established oil industry, with extensive upstream and downstream activities. Regional and civil conflicts are the biggest threats to the industry at present, as Algeria’s, Libya’s and Egypt’s prodigious reserves and in particular Egypt’s enormous consumption ensure the industry’s continuation otherwise.

Angola and Nigeria, the continent’s two largest producers, dominate upstream activities in West Africa. Downstream activities have traditionally been overlooked, as there is little or no domestic market for them. With help from the World Bank, this is now changing, with many nations now developing their downstream efforts in tandem with their upstream efforts. Offshore activities in the region have been on the rise over the past decade through improved technology.

Upstream activities in East and Southern Africa are going to dominate for years to come. Uganda, Kenya, Ethiopia, South Sudan, Tanzania, Madagascar, Mozambique and South Africa in particular have sizeable and in some cases world-class oil caches, a fact that will take them from being quiet backwater oil producers to international hotspots of development. Multinationals and foreign investors are crowding in, eager to stake a claim in these untapped reserves.

The hope is that good cooperation between governments and oil companies and all the various stakeholders will mean the potential lying under the ground is carefully and prudently managed in such a way as to benefit everyone.