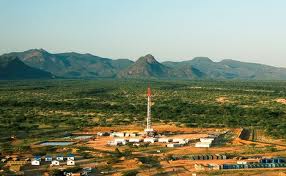 Story by The National

In recent years, oil and gas discoveries have established east Africa as one of the world’s most promising frontiers. While the full scale of natural resources in Tanzania, Mozambique, Kenya, Uganda and Somalia remains unclear, early estimates indicate that there is significant potential – and this has raised public expectation.

To varying degrees in all four countries, the prospect of petro-dollars has inspired a tug of war between central and regional leaders. The latter, in general, fear that the central government is plotting to keep the bounty for itself (in Somalia, the divisions are more diffuse and reflect the deeper struggle to entrench government of any sort).

These rifts may lead to instability.

Below we survey the situation in each of the four countries.

Several campaigns focused on the need to ring-fence the nation’s anticipated oil wealth for the benefit of local communities.

“There’s been a huge change under the constitution that decentralises government … that’s where a lot of this spending pressure is going to come [from],” says David Cowan, Citigroup’s senior economist for Africa. “All those popular pressures underneath are growing and they will grow more and more. Governments will somehow have to meet that.”

Some candidates in the county elections addressed fears that oil produced from their region would benefit Nairobi and foreign companies only.

“These are the areas that have traditionally been neglected by central government,” says Felix Mutunguti, a geologist at the ministry of energy and petroleum. “We have to spend a lot of time working with local communities to try to sort this out.”

The ministry has sent geologists such as Mr Mutunguti to local communities to assess the potential resources and do on-site studies. This gives them valuable insights into residents’ expectations.

Mr Mutunguti believes that the promise of wealth and jobs was over-emphasised by local politicians, and that it will take years before there is a steady stream of revenue.

“People need to realise that it will be another seven years before they see any of the benefits.”

Now that county representatives are in office, it has become clear that they possess little power to deliver on their promises.

Part of the problem is that county governments have had few opportunities to affect energy policy.

While Kenya’s cabinet secretary for energy and petroleum, Davis Chirchir, says that the current debate around drafting an energy bill “is a fully participatory process”, some observers are not convinced.

“I don’t think that [county governments] have had much of a say in the energy policy that has been produced,” says Sonal Sejpal, senior legal consultant at the law firm Anjarwalla & Khanna in Nairobi, “but they are collectively going to appoint [an adviser] … to deal with oil and gas in their counties.”

In the bill’s current form, a county would receive 15 per cent of the total amount received by the central government from oil production.

While tensions are mounting in Kenya, there has been little unrest. However, protests last year at a site in the country’s north-west where Tullow Oil and Africa Oil are operating show how local concerns (in this case regarding employment) can escalate.

A period of relative calm has followed the end of the country’s civil war. It is only in the last couple of years that tensions between Frelimo, the ruling party, and Renamo, an opposition group of militants turned politicians, have grown. Kidnappings and other violence have increased over the past two years.

That coincides with gas development in the country, suggesting that the emerging sector is a factor in the opposition party’s increased interest in seizing power.

Heightened security concerns led the mining giant Rio Tinto to evacuate its personnel and their families from its sites in the north of the country in November. A north-south divide between Frelimo, which has maintained control in the south, and the centre and north where Renamo has historical ties, is emerging once again.

Tensions are mounting between mainland Tanzania and the Indian Ocean island of Zanzibar. Both sides are keen to lock in their claims to offshore natural gas in the country’s new constitution, which is being drafted.

“If we look at Tanzania, the drawing up of the new constitution at the moment and how to treat Zanzibar’s own claim for offshore oil is going to be fundamental in determining how some of that funding pressure is going to build,” Citigroup’s Mr Cowan says.

Local representatives in Zanzibar are pushing to exclude oil and gas from the new constitution. They say that Zanzibar stands to lose out if Tanzania controls the exploration and production activities. Tanzanian politicians say that Zanzibar will receive its fair share from the central coffers.

Zanzibar has drawn criticism from the Tanzanian government for signing memoranda of understanding with Royal Dutch Shell and Ras Al Khaimah’s RAK Gas to carry out exploration activities near the island. Tanzania has declared the agreements invalid, but representatives in Zanzibar maintain their validity.

Security issues have long prevented a full appraisal of the country’s natural resources. However, Somalia’s government recently selected Soma Oil & Gas to assess offshore oil and gas potential. In a statement in August, Soma said that the seismic survey agreement was the first in Somalia’s oil and gas industry since the election of Hassan Sheikh Mohamud as president and the appointment of the government last year.

Improvements to the security situation have focused attention on Somalia’s potential. “In 2011, the government controlled just a few streets. Now, the government controls all of the ports and almost all major population centres with the exception of one medium size one, which Al Shabaab has,” says Neil Wiggan, the British ambassador to Somalia.

In 2013, the number of attacks off the east African coast (both failed and successful) dropped to its lowest level since 2007, according to the International Maritime Organisation.

Rob Andrew, managing director for Newport Africa Group, a risk-managmement company that provides maritime security services, says that whereas every third pirate attack used to succeed, now the success rate is less than one in 30.

“There hasn’t been a significant successful attack on a merchant ship in over a year,” Mr Wiggan says.

Nevertheless, tribal divides and the threat of attacks by Al Shabab continue to be a source of worry for investors.

Overall, the speed with which east Africa has established itself as a promising oil and gas frontier has exacerbated many previously dormant regional tensions. Central governments must negotiate a delicate path to ensure that regions where finds are made feel the benefit of the resources, while also delivering benefits to their countries as a whole. The risk is this: the more there is, the more there is to fight over.