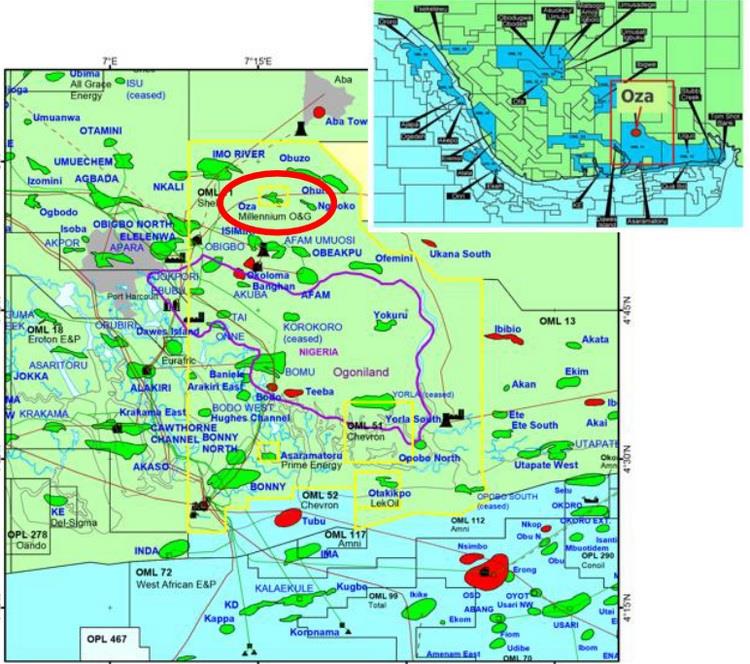 Decklar has said it continues to make considerable progress on the Oza-1 well re-entry with the camp and all associated infrastructure fully installed and operational. The major components of the drilling rig equipment are being transported to the field this week and it is anticipated the rig will be completely moved, installed and rigged-up within two weeks.

Decklar will then commence the Oza-1 well re-entry operational activities including the initial work of pulling out the existing tubing, running a cement bond log and cased hole reservoir logs. The re-entry activities will then include the testing of three oil bearing zones (L2.2, L2.4 and L2.6) independently and then it is anticipated that a final dual-tubing string completion will be installed and the L2.2 and L2.6 zones placed into production upon successful testing.

The drilling rig is expected to then be skidded on the same drill pad as Oza-1 to a new drilling slot and a horizontal development well will be drilled in the L2.4 zone and placed on production. The Oza-1 well and new horizontal development well are anticipated to generate significant production levels and cash flow in an abbreviated time frame due to the already existing infrastructure in place.

The Oza Oil Field has significant export and production capacity through processing facilities and infrastructure already in place and operational, which will allow for the immediate export and sale of crude oil from the Oza-1 well.

As previously announced, the Oza Oil Field was formerly operated by Shell Petroleum Development Company of Nigeria Ltd.  The field has three wells and one side track drilled between 1959 and 1974. During the period when Shell was the operator, there were two periods of extended production testing from the Oza-1, -2 & -4 wells. The field was however never tied into an export facility, nor was it fully developed by Shell and put into commercial production.

In 2003, the Oza Oil Field was awarded to Millenium Oil and Gas Company Limited  having won the field during the 2003 Marginal Fields Licensing Round. Since Millenium’s acquisition of the Oza Oil Field, approximately US$50 million has been spent on infrastructure in support of a restart of production including an export pipeline to tie the Oza Oil Field production into the Trans Niger Pipeline (TNP) which goes to the Bonny Export Terminal, a lease automatic custody transfer (LACT) unit fiscal metering system, infield flow-lines, manifolds, and related production facilities.

The Risk Service Agreement  that Decklar and Millenium entered provides Decklar the majority share of production and associated cash flow from the Oza Oil Field in exchange for funding and technical assistance to restart commercial production and full field development; the RSA terms include a preferential return of Decklar’s costs plus a share of cash flow thereafter. In exchange, Decklar is entitled to priority recovery of its capital from 80% of distributable funds. After achieving cost recovery, Decklar’s profit share is based on a sliding scale starting at 80% and declining to 40% once cumulative production exceeds 10 million bbls.

Decklar is also pleased to announce that it continues to make good progress on evaluations and negotiations for additional proven undeveloped oil and gas fields in Nigeria that have significant reserves and near-term production potential.