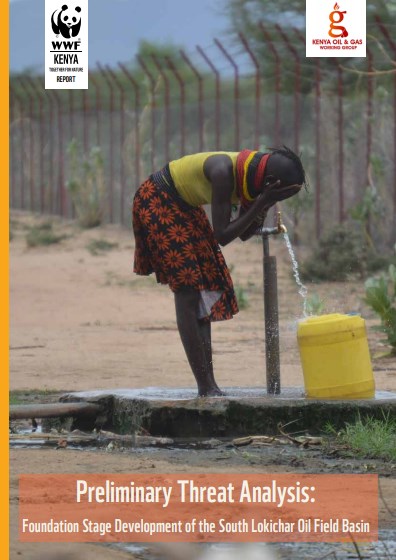 A Preliminary threat analysis of the oil-rich Lokichar Basin by  Conservation Organisations World Wide  Fund for Nature – Kenya ( WWF-Kenya) and the Kenya Oil and Gas Working Group (KOGWG) indicates that the Foundation Stage Development of the South Lokichar Oil fields is likely to induce environmental, economic, social and cultural changes.

The report dubbed ‘Preliminary Threat Analysis;The    Foundation Stage Development of the South Lokichar Oil Basin’ warns that unless the exercise is well managed  the social economic impact could be massive due to possible changes in land-use patterns which will have direct  consequence on pastoralism fueled by land acquisition, a  ripple effect on natural resource rights access and change in value systems due to population influx due to increased access to opportunities in the South Lokichar Oil basin

The report highlights factors that are already raising red flags ahead of the mobilization of the phase including:

The report recommends a number of pastoralist specific recommendations which it says would help mitigate these effects including: