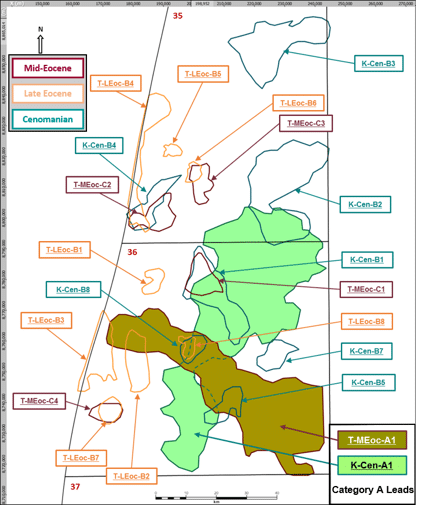 Source: Paper by Bahari for Africa conference in London in August 2017

New basin modeling studies to assess hydrocarbons maturity of the Bahari Resources operated three exploration licences (blocks, 35, 36 and 37) in the Comoros Exclusive Economic Zone completed in May following extensive field work in 2016 have shown the presence of continental crust beneath the Comoros according  to a paper by the company for the upcoming PESGB Africa conference.

The new information of the acreage which lies east of the Mozambique portion of the Ruvuma Fan (where more than 175 TCF of gas has been discovered) also supports data from earlier seismic which clearly defined the geometry of the Outer Ruvuma Fan as a continuation of the same sequence of Cretaceous to Recent clastics that is productive in Mozambique, separated by the relatively recent Kerimbas Graben.

It was widely supposed that the area to the east of the Kerimbas Graben is underlain by oceanic crust, generated during the separation of South America and Africa from the remainder of Gondwanaland between ~180 Ma and ~115 Ma new studies to date, which include interpretation of new seismic data, potential field analysis, geological field work and sample analysis and geochemical analysis, challenge this concept and suggest that the Outer Ruvuma Fan was deposited on highly attenuated continental crust and that the COB lies close to the Comoros Islands which has profound implications for the petroleum exploration potential of the region.

Approximately 4,000 line kilometres of 2D seismic data have been acquired over the Comoros blocks in two separate phases. The first phase consisted primarily of W – E oriented lines, the dip direction for the Ruvuma Fan sediments, while, crucially, the second phase provided the N – S control which Bahari says has been key to its understanding. The seismic data clearly define the development of the Cretaceous – Recent sediments of the Outer Ruvuma fan to the east of the Kerimbas Graben, while results from Extended Elastic Impedance processing suggest excellent reservoir development to the east of the Davie Ridge with the primary objective Eocene and Cenomanian sands pinching out to the west against the Dugongo High forming huge stratigraphic plays.

The interpretation of basement architecture has been more challenging. North-south seismic lines clearly show the presence of east-west oriented tilted fault blocks which appear to be sedimentary

Public domain magnetic data (EMAG2) have often been used to support the ocean crust theory, but have been produced by directional gridding designed to emphasise magnetic stripes which could be interpreted as sea-floor spreading anomalies. Neither the raw EMAG2 data nor the shipborne magnetics data acquired in conjunction with the 2D seismic data provide any clear evidence of seafloor spreading anomalies in the area west of the Comoros Islands. Modelling of gravity data (acquired along with the seismic data) using plausible density contrasts imply crustal thicknesses of more than 9 km, corresponding to either highly attenuated continental crust or unusually thick oceanic crust.

Fieldwork by Bahari in late 2016 has further strengthened the argument for the presence of continental crust. The Comoros Islands are generally assumed to be comprised entirely of Tertiary to recent basic igneous rocks. As a result of two successful field campaigns on the island of Anjouan, a large sedimentary xenolith has been located measuring 1.25 kilometres by 0.5 kilometres. Analysis of thin sections has shown the sediments to be arkosic sandstones derived from a predominantly alkaline-granite source terrain, with individual fragments of alkali granite (intergrown quartz and feldspar) and rare gneissose metamorphic fragments. Candidates for the source terrain include the alkaline silicic plutonics that occur in many parts of the Panafrican belt of East Africa, e.g. the stratoid granites of Madagascar. U-Pb dating of detrital zircons has yielded an age of ~533 Ma, similar to ages recorded from plutons in the Bemarivo Belt of North Madagascar.

Bahari says it believes that the xenoliths are fragments of Karoo sediments that have been brought to the surface by ascending magma.

During the same field campaign, three tar balls were discovered on a beach in the north of Grand Comore with analysis of the samples having confirmed that they are strandings of crude oil generated from a restricted marine marl/carbonate algal rich source rock of early to mid-Jurassic age, and that they are likely to be local in origin.

Bahari adds that with all the current evidence, it believes that the area to the west of the Comoros Islands comprises highly attenuated continental crust, characterised by the presence of tilted fault blocks containing sediments that are most likely to be of Karoo age, derived from an alkalinegranite source terrain – possibly the Madagascar Shield – and deposited prior to the break-up of Gondwanaland.

During the first phase of Post-Karoo sedimentation, rugged topography was infilled by Jurassic sediments up to 2 kilometres thick, providing excellent source rock potential. Later sedimentation, from Cretaceous to Recent, was sourced from the Ruvuma delta to the west.

The next step in the programme is to prove source though drilling an exploration well, planned for 2018.