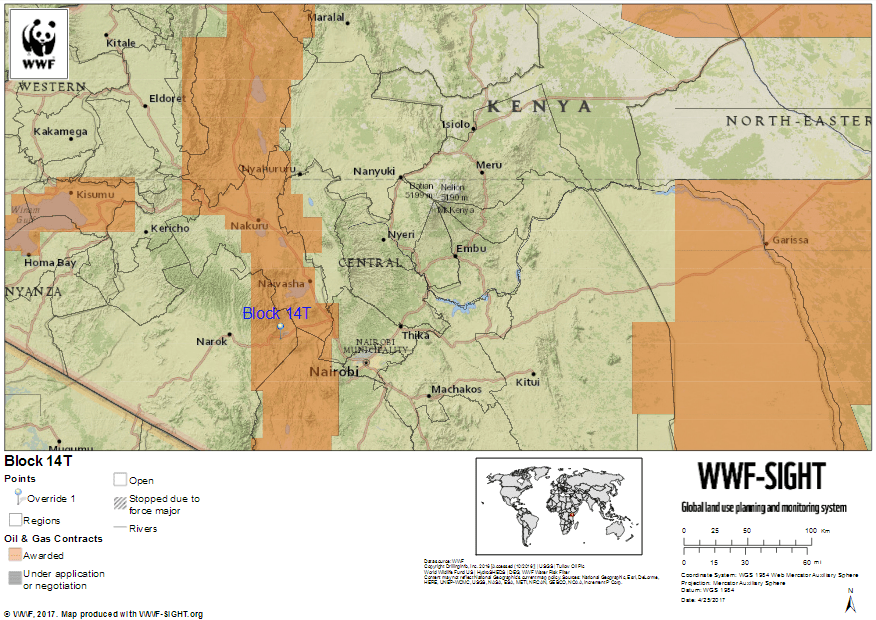 The farm-out partner according to the advertisement dated 12th February 2019 to take the exploration activities in Block 14T to the ‘next level’ and help identify other drill ready prospects apart from the one already identified as well as help sink a well in the next two years.

The corporation says it is seeking an equity partnership with an Oil and Gas company of international repute for the exploration activities it is undertaking.

Using the data acquired, the Corporation says it has been able to delineate one drillable prospect with potential for others.

In 2017 the national explorer released the invitation to tender for provision of onshore drilling services for the same block with emphasis on the company contracted being able to enhance skills and technology transfer to the staff of NOCK as well as foster local content through training of Kenyan drilling crews. Since then an MOU has been signed between NOCK and the Geothermal Development Company that would see the latter offer drilling services and know how including training of NOCK personnel.

Block 14T has a larger portion of its basement 0.5 to 2 kilometers in depth and is yet to be drilled.

Block 14T lies within the Kenyan Tertiary Rift basin. Block 14T is just south of Blocks 10BB and 13T where commercial discoveries of oil have been made and covers an area of more than 7,000 sq KM running to the border with Tanzania.