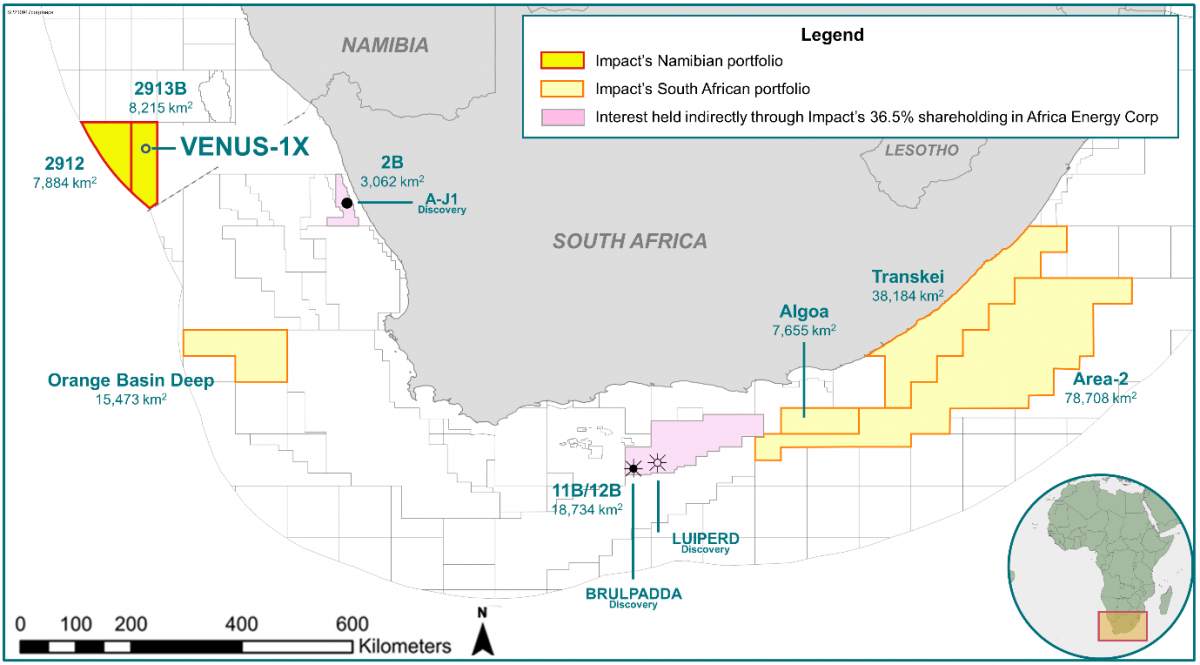 The National Petroleum Corporation of Namibia (NAMCOR) – alongside partners Shell Namibia Upstream B.V. and Qatar Energy – have announced the discovery of sizeable quantities of light oil in both primary and secondary targets at the Graff-1 well offshore Namibia, ushering in a new era of hydrocarbon exploration and production for the country. This discovery, coupled with the country’s favorable regulatory environment, is set to create an influx in new investment, while further positioning Namibia as a highly competitive and increasingly lucrative upstream destination.

Representing one of Africa’s final frontiers for oil and gas exploration, potentially rich basins across Namibia have spurred the appetite of regional and international oil companies (IOC) alike, leading to a succession of exploration campaigns in recent years. The most notable include an ongoing drilling campaign by Reconnaissance Energy Africa – which has already indicated that Namibia’s 6.3 million-acre Kavango Basin may hold billions of barrels of oil – as well as Shell’s 2022 discovery. Located in the Orange Basin offshore Namibia, 270km from the town of Oranjemund, drilling operations on the Graff-1 well commenced in December 2021 and were completed in February 2022. Owned by Shell (45%) – as the operator – Qatar Petroleum (45%) and NAMCOR (10%), the discovery will play a significant part in the country’s overall energy and economic transformation.

So what will this discovery mean for Namibia and its people? Firstly, regarding the country’s energy future, the discovery is set to usher in a wave of new investment across the entire energy value chain. With Namibia’s energy sector considerably undeveloped, capital injections in key industries such as infrastructure, power generation and distribution and production will soon follow as investors turn an eye to this highly potential market. Secondly, once developed, this discovery will significantly improve energy security in a nation that relies heavily on petroleum imports and intermittent hydropower. The development of a consistent domestic energy supply will prove critical for the country’s economy, while reducing imports from neighboring countries.

What’s more, the discovery will serve as a catalyst for enhanced economic growth in the southern African nation. Notably, the creation of a domestic petroleum market will create thousands of jobs for the local population across every industry in the value chain while motivating the creation and establishment of various domestic companies. In developing a petroleum market, the country will require numerous service companies, thus, creating newfound opportunities for the population. Additionally, the discovery will initiate growth across various sub-sectors of the economy, including but not limited to transportation, education – through technical training and skills transfer – infrastructure and industrialization. This will be critical for the country as it pursues an economic recovery in a post-COVID-19 landscape.

“Credit is due to Shell and partners for sticking with their drilling campaign in an environment where frontier exploration drilling fell to the lowest level ever recorded in Africa. Many majors have not had a long term approach rather they have instead focused on quicker return. Shell has shown resilience and commitment to Namibia which is a good thing,” states NJ Ayuk, Executive Chairman of the African Energy Chamber.

“The resource is large, the unit cost for producing in Namibia should not be too high, and I am confident Shell has the skill set and technology to operate this field in a low-carbon environment,” Continues Ayuk.

“H.E. Tom Alweendo, the Minister of Mines and Energy, Petroleum Commission, Namcor and other Namibian authorities have been very pragmatic in their approach with energy companies, and it is commendable. They have learned a lot from the mistakes of others, and we are confident they will get it right, especially on fast tracking field development decisions, pragmatic local content and ensuring that the resources improve the living conditions of their citizens. They’re up against a lot, but they have a lot of partners who are going to support them. I believe Namibia and many African countries will see more drilling of high-impact oil and gas prospects which is very good as these resources are needed to make energy poverty history,” concludes Ayuk.

Meanwhile, as Namibia pursues exploration and production of the discovery, it is critical that the country develops an oil and gas bill to ensure effective regulation, certainty, and overall beneficiation of the find. The establishment and implementation of market-driven policies through an oil and gas bill will have a number of benefits, both for explorers and producers and the country itself. Firstly, the bill will improve certainty and transparency across the industry, providing IOCs and domestic companies clarity with regards to industry procedures and policies. This will ensure productivity while reducing time taken to get projects off the ground. Secondly, the bill will enable the regulation of the industry, providing clarity on tax, risk, ownership and safety, as well as environmental and local content policies. This way, the government can ensure the country fully maximizes the benefits brought about by the find.

In developing a progressive oil and gas Bill, taking into consideration the environmental impacts associated with these types of developments, Namibia will need to put in place strict environmental policies to ensure impacts are minimal. With global pressures mounting to transition to clean sources of fuel, many international stakeholders are calling for the end of fossil fuel utilization. Therefore, it is critical, now more than ever, to ensure oil and gas exploration and production is achieved with minimal emissions.

Namibia has already made a strong play for investment at continental energy conferences such as African Energy Week (AEW) 2021. Now, backed by this exciting discovery, the country is well positioned to drive new investment and development across its energy landscape.

At the second edition of AEW in Cape Town on the 18th-21st of October 2022, Namibia will take a leading role in hydrocarbon dialogue, promoting the country’s rich resources, upstream potential, and competitive edge. AEW 2022 remains focused on alleviating energy poverty, recognizing the role oil and gas will play in achieving this objective. As international hydrocarbon explorers and producers make their way towards lucrative frontier markets such as Namibia, AEW 2022 will be the platform to sign deals, form partnerships, and network and engage with a number of global and African stakeholders.