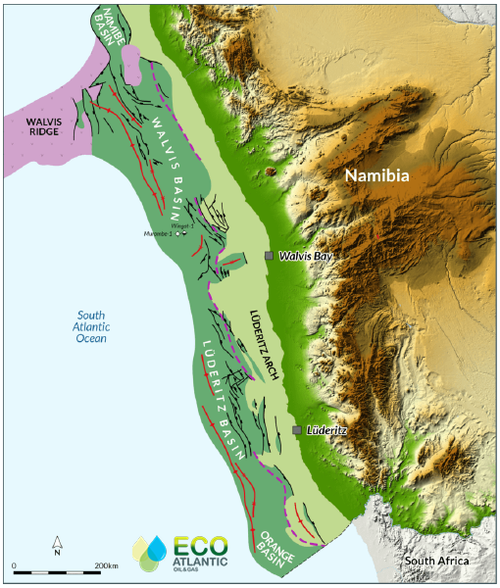 Historically overlooked by independent oil companies (IOCs) and considered something of an oil and gas frontier state, Namibia is establishing itself more prominently on the international oil and gas map.

The Wingat-1 discovery by HRT in 2013, which encountered rich oil-bearing source rocks in the Walvis Basin, was the start of this change and, in the years since, the country has become a much more attractive proposition for oil exploration.

A coming industry boom is anticipated.

Namibia’s competitive petroleum exploration scene has helped the state-owned National Petroleum Corporation of Namibia (NAMCOR) to take a stand in shaping the country’s prospects. With a 10% interest in multiple international companies operating in the country, NAMCOR is ready to help Namibia become one of the leading petroleum-producing countries on the continent.

“We anticipate discussing these developments with our stakeholders at Africa Oil Week in Dubai in November, with Hon. Minister Tom Alweendo, Minister of Mines and Energy, who has confirmed his presence.