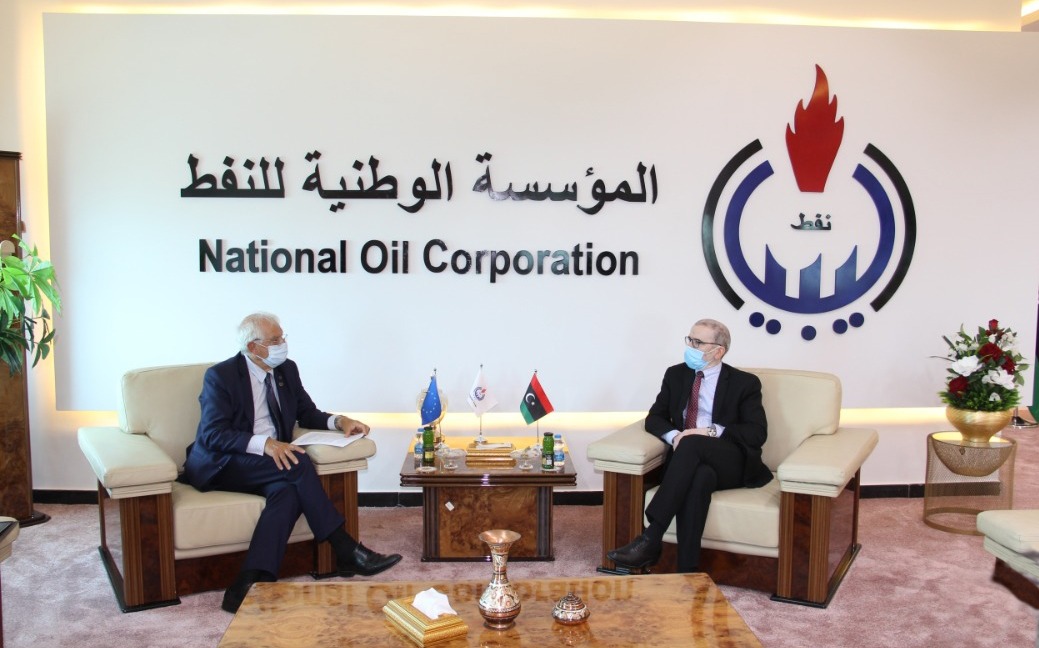 National Oil Corporation (NOC) chairman Eng. Mustafa Sanalla and the High Representative of the European Union for Foreign Affairs and Security Policy Josep Borrell met on Tuesday September 1, 2020 to discuss the effects of blockades on the national economy.
During the meeting, Eng. Sanalla commended the EU efforts to lift the blockade imposed on oil facilities since January to this date, and stressed the important role played by the EU in supporting NOC’s initiative to resume the production and export of the Libyan oil. NOC chairman also stressed that the ongoing conflict in Libya has nothing to do with the distribution of oil revenues; it is rather a conflict between parties that want to control the wealth of the Libyan people.
Mr Borrell praised the corporation for its neutrality and effective contribution to Libya’s economic recovery. He also affirmed the EU’s full support for NOC’s initiative to resume production and export of oil and to freeze its revenues in NOC’s account in the Libyan Foreign Bank. This is in parallel with the launch of an economic path that ensures financial transparency, in addition to restoring security arrangements regarding the security of the corporation’s facilities and evacuating all oil sites from mercenaries and armed presence. The resumption of oil production is necessary in order to ensure a brighter future for all Libyans.
The meeting was attended by Mr Elamari Mohamed Elamari, NOC board member, and Mr Alan Bugeja, EU Ambassador to Libya and an accompanying delegation from the EU Delegation to Libya.