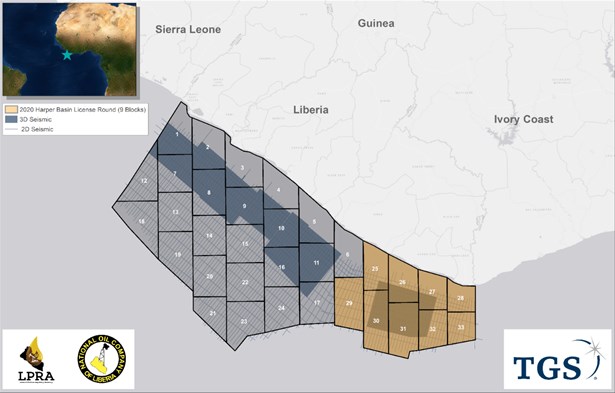 The Government of Liberia, through the Liberia Petroleum Regulatory Authority (LPRA), has made significant adjustments to its bid evaluation criteria for the 2020 Offshore Licensing Round for the Harper Basin. These modifications, according to the Director General, Hon. Archie Donmo, “are in response to the devastating impact of Covid-19 on the global price of oil,  share price of E&P companies, and the sensitivity of the Government of Liberia towards mitigating this impact and attracting international investment in the Harper Basin, one of the untapped regions within the West Africa Transform Margin.”

These changes include the adjustment of requirements for signature bonus from a minimum of 8 million United States Dollars payable in one tranche to a more flexible option. Under this new adjustment, there will be no minimum requirement thereby allowing companies to submit bids describing their proposal for signature bonus. This allows the industry to determine the signature value for each block based on submissions.  In addition to designating the signature bonus as a biddable item, LPRA has announced that interested bidders will have an opportunity to negotiate a payment schedule with the Government of Liberia. Also,  LPRA has modified the mandatory 2D seismic data purchase requirement for the entire Harper Basin to require interested bidders to license 2D seismic data for the particular block (s) of interest.

Cognizant of the profound difficulties besetting exploration companies at the moment, the Government believes that these changes will incentivize investment in the Harper Basin and demonstrates its commitment to creating an enabling business environment, one of the promises made by HE President George M. Weah.

The 2020 Offshore Licensing Round was launched at a virtual event on April 10, 2020, opening up the request for pre-qualification of international E&P companies. The deadline for Pre-qualification is October 31, 2020. Companies that are pre-qualified and received “Notice of Qualification” will be allowed to submit formal bids for block (s) in the Harper Basin from November 2020-February 2021. Thereafter, LPRA will issue notice of awards to companies whose bids have been accepted and evaluated as most responsive and invite same to formalize a petroleum sharing agreement.