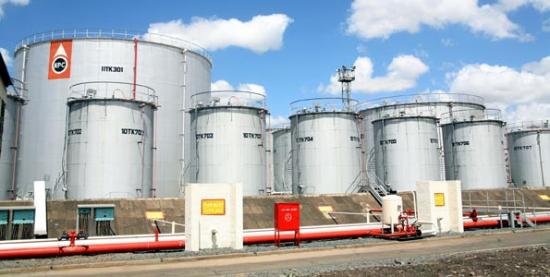 Kenya Pipeline Company (KPC) has today signed a Kshs 1.7 billion agreement for the construction of the Kisumu oil jetty.

KPC has awarded the contract to Southern Engineering Company (SECO), a 60-year old Kenyan engineering company, specializing in a range of land & marine, civil, mechanical and structural engineering, containerized camps & hospitality services, heavy lifts and inspections as well as shipbuilding and ship repair services in projects throughout East Africa. SECO is the flagship company of Alpha Group’s Marine Division.
SECO will commence construction the oil jetty this month and will take 6 months to complete the project.
Speaking during the signing ceremony, KPC Managing Director, Joe Sang said the completion of Kisumu Oil Jetty will increase KPC’s competitive edge in the region as the leading oil transporter.

“The oil jetty’s target market will create an integrated marine fuel transportation in the region making it more efficient and commercially viable and reduce transportation costs for the oil marketing companies,” said Sang.
The oil jetty’s target market will be around the lake and expanding the export market into Uganda and mines in northern Tanzania. The project is expected to boost throughput in Kisumu by 1 billion litres a year in phase 1 and up to 3 billion litres per year by 2028.

The jetty has been made possible following the completion of the new Sinendet-Kisumu Pipeline. The line has enhanced petroleum product availability in the Western Kenya and the export market of Uganda, Eastern DRC, Rwanda, Burundi and Northern Tanzania.
The line has increased product flow to Kisumu depot to 350,000 litres per hour from the previous 110,000 litres per hour increasing the country’s competitive edge in the region as a leading petroleum products exporter.
Sang said the Jetty project will also turn Kisumu into a focal point of oil and gas commerce in the region and one of the busiest inland ports in Africa.

KPC in January 2017 placed a notice in the dailies inviting companies to tender for construction of Kisumu oil jetty. After a competitive process that involved six local and foreign bidders, the contract was awarded to SECO.
With a footprint in several African countries, the engineering company has achieved significant growth through the expansion of its dry docking facilities of a combined capacity of up to 1200 tons and engineering workshops with sophisticated machinery’s to meet the high standards and particular requirements of its clients.