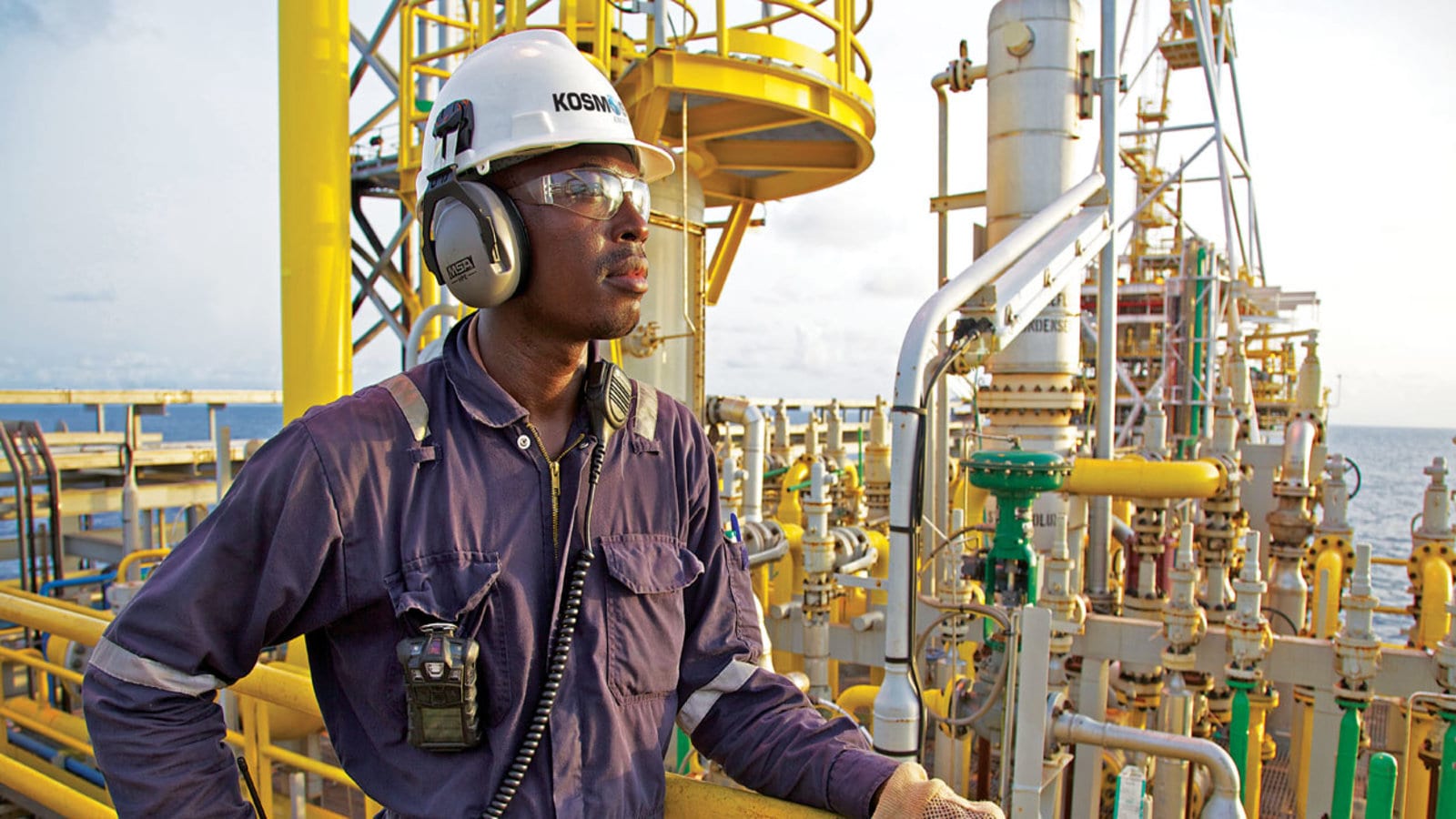 Commenting on the Company’s 2021 performance, Chairman and Chief Executive Officer Andrew G. Inglis said: “In 2021, Kosmos rebuilt operational momentum across the portfolio and improved the balance sheet, finishing the year with a strong fourth quarter.

“Today, Kosmos has a differentiated portfolio that is fit for the future with high-quality, low-cost oil assets funding our growth in natural gas and LNG. Our record 2P reserves are balanced between oil and gas with a reserve life of over 20 years.

“With our existing assets and sanctioned projects, production is expected to grow around 50% in the next two years, and we plan to do that while further de-leveraging the balance sheet. As we deliver on this plan and new projects start up, sustainable free cash flow is expected to increase materially, creating the potential for meaningful shareholder returns.

“Our goal is to develop our portfolio in a responsible way, helping our host nations in Africa to expand access to affordable and reliable energy.”

In October 2021, Kosmos successfully completed the acquisition of additional interests in the Jubilee and TEN fields in Ghana from Occidental Petroleum (“Oxy”) for approximately $550 million (~$460 million after post-closing adjustments). The company raised approximately $540 million through an equity and bond offering in October 2021 to fund the transaction. In November 2021, Tullow Oil and PetroSA exercised their pre-emption rights. Completion of the pre-emption transactions remains subject to finalizing definitive agreements and securing approval from the Government of Ghana.

Kosmos exited the fourth quarter of 2021 with $2.5 billion of net debt(1) and available liquidity of approximately $0.8 billion. While net debt increased in the quarter, primarily driven by the financing of the Oxy Ghana transaction, leverage improved materially to exit 2021 at around 2.5x.

Production in Ghana averaged approximately 39,400 barrels of oil per day (bopd) net in the fourth quarter of 2021. Kosmos lifted five cargos from Ghana during the quarter, one more than planned due to a late-December Jubilee lifting.

Infill drilling is expected to continue in 2022 with a full year of activity underpinning planned production growth in 2022 and 2023.

Two of three planned infill wells in the Okume Complex began producing in the fourth quarter of 2021. These wells were the first new wells since 2015 and have added approximately 2,500 bopd gross of additional production to the field in the fourth quarter, supporting an increase in gross production to around 35,000 bopd in early January. The third planned well has been deferred, as the rig was utilized to plug and abandon an existing well in Equatorial Guinea and was required to mobilize for its next contract before it could complete the drilling of the last well.

The Greater Tortue Ahmeyim liquified natural gas (LNG) project has made steady progress in 2021 and was approximately 70% complete at year-end with the following milestones achieved in the quarter and post-quarter-end.

At year-end 2021, Kosmos had 1P reserves of approximately 300 million barrels of oil equivalent, more than double the reserves at the end of 2020 reflecting robust reserves replacement from existing assets, recognition of Tortue 1P reserves and additional reserves from the acquired Ghana interests. 1P organic reserves replacement ratio was approximately 102%, and around 900% with the addition of Tortue Phase 1 and the acquired Ghana interests.

2P reserves as of year-end 2021 are approximately 580 million barrels, representing a 2P reserves-to-production life of over 20 years. 2P organic reserves replacement ratio was approximately 114%, and around 600% with the addition of the acquired Ghana interests. Kosmos’ year-end reserves have been independently evaluated by Ryder Scott.