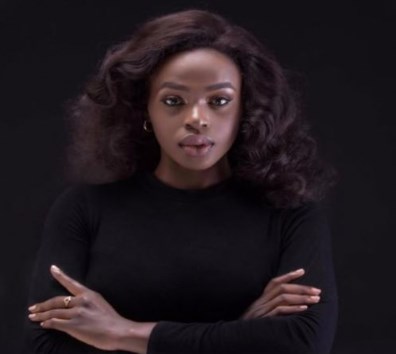 In 2012, Lucky Okudo found herself at a conference on the outskirts of Nairobi discussing environmental sustainability and the strategic role women play.

At the same time, on the opposite end of the continent in the Niger Delta in Nigeria, communities were protesting the negligence in operations by oil companies resulting in oil spills.

“I vividly remember noticing the men dominantly speaking, but it was the woman performing the balancing act of her child on her right hip and yams to feed a family on her head that was the inspiration behind Women in Energy & Extractives Africa that initially began as Women in Oil and Gas East Africa (WIOGEA) [now known as WEX],” she tells FORBES AFRICA.

Ironically, during this period, oil hadn’t been discovered in Kenya yet, but Okudo was on a mission, not knowing that fate would knock on Kenya’s doors months later in 2012.

Oil reserves were discovered in Kenya’s vast and dry remote area of Turkana County and became a source of new wealth and a source of conflict for the pastoralist Turkana people, especially the women who were often the marginalized group.

Part of WEX’s role then was to speak for women in the energy and extractive sector, informing industry participants and decision-makers of the challenges and opportunities women are finding in pursuing careers in these sectors.

To do this, Okudo participated in market meetings and industry bodies to constantly increase the visibility of the organization.

Today, WEX Africa is a social enterprise bridging the gender gap in the oil, gas, mining and alternative energy sectors in Africa

They have 15 employees in five countries and over 75 volunteers in 10 countries and counting. At only 28, Okudo has already been hailed potentially as the next Folorunso Alakija of Africa.

CNN Africa Voices referred to her as “the woman on a mission to disrupt the energy sector”.

She has been recognized internationally and is a recipient of numerous of awards including President Uhuru Kenyatta recognizing her in 2018 as one of the young female Kenyan trailblazers, being awarded the Under 30 Women in Energy East Africa (2018) and in 2019, the Kenya Upstream Oil and Gas Woman of the Year.

“The energy agenda being no different; under-utilized, overpriced, more than half a billion Africans living in darkness and exploited natural resources with little to no impactful gain to individual countries, people and communities. I am passionate about the opportunity to play a role in factoring a development driven by strategic partnerships,” she says.

2020 is a big year for her as she plans to organize STEM outreaches, release a children’s book and publish guidelines to sustainably engaging Women in Energy and Extractive Sector Projects in sub-Saharan Africa.

By the end of the year, Okudo plans to set up offices in all their East African satellite locations.

Besides WEX Okudo is Kenya’s  Country Manager for the SpringRock Group, an integrated upstream oilfield management services organization specializing in Oilfield Exploration and Production. She works between the Lagos and Nairobi providing a wealth of experience in delivering the best operational strategies for new market expansion and penetration as well as project implementation in multiple business domains. Okudo has overseen numerous projects in East and West Africa including well construction project management, field development planning, corporate consultancies and first oil project management.

Further she is a non executive director at BBOXX a leading next generation utility platform developing solutions to provide affordable, clean energy to off-grid communities in emerging markets on a pay-as-you-go basis. Since its conception in 2010, more than 150,000 BBOXX products have been sold in more than 35 countries; connecting over 800,000 people to electricity.

Okudo also serves as a technical advisor at OilNews Kenya.