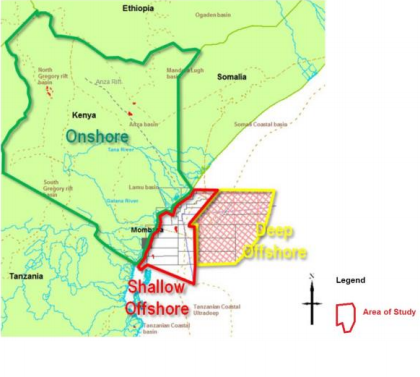 ION Geophysical Corporation has announced that the Company was awarded an exclusive agreement for 3D multi-client programs offshore Kenya. The agreement includes both 3D new acquisition offshore the Lamu Basin and reimaging vintage data offshore Kenya. Offshore Kenya is an attractive area with a proven petroleum system; however, it has remained underexplored, in part due to lack of available 3D data. The final shape and size of new 3D programs will be dictated by client input and underwriting.

“We are pleased Kenya’s Ministry of Energy and Petroleum selected ION to increase the understanding and promote the hydrocarbon potential of these offshore resources to attract future investment,” said Joe Gagliardi, Senior Vice President of ION’s Ventures group. “The program will leverage our extensive data library and knowledge offshore Kenya and East Africa. In an increasingly competitive environment for seismic data, we have geographic exclusivity in a promising, underexploited geography to execute our 3D strategy, for both new acquisition and reimaging programs. “

The Ministry of Petroleum and Mining in 2019 announced that it would undertake 3D seismic acquisition over the shallow offshore area Lamu basin for the purpose of promoting the area for petroleum exploration and development through competitive round scheduled for 2021.

According to the State Department for Petroleum under the Ministry of Petroleum and Mining the government was seeking for a contractor to undertake the acquisition over the shallow waters which may have an aerial coverage of 32000 sq. km.

This is the second time the government has asked for EOIs targeting 3D seismic acquisition over the shallow offshore Lamu basin with the National Oil Corporation of Kenya has invited the same in 2015 in preparation of an open licensing round earlier scheduled for the year 2017.

The 2015 EOI had said the 3D acquisition and processing could include the deep water blocks then held by ANADARKO (L12 & L11A) and CAMAC (L27 & L28) and possibly L25 and L26 depending on prior commitments being made by the licensees’.

It is not currently clear as to which blocks will be covered by the 3D seismic with various blocks to the north of the offshore Lamu basin in contention with Somalia.