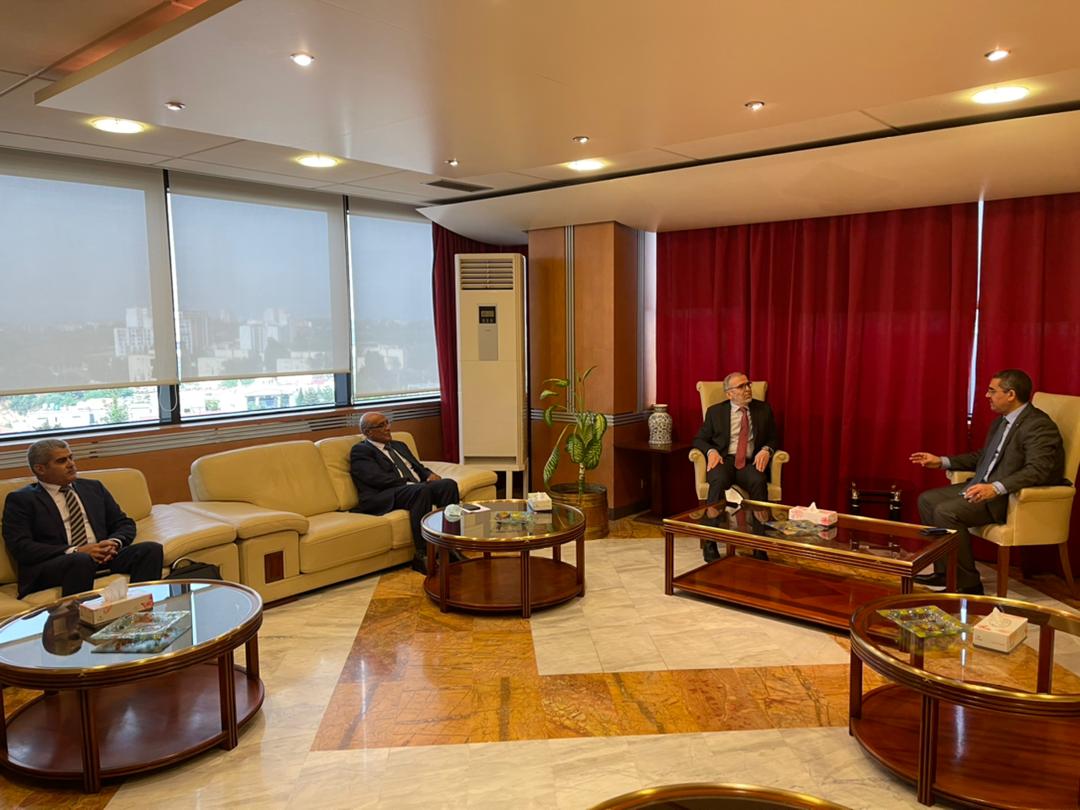 The Chairman of Libya’s National Oil Corporation, the Board of Directors, Mr. Mustafa Sanalla, met with Mr. Toufik Hakkar Adle, Chairman and General Manager of the Algerian company Sonatrach met at its headquarters, in the presence of the CEO of Sibiki Company and a number of heads of oil services companies in Algeria.
During the meeting, they discussed developing ways of mutual cooperation between the two sides was discussed and the possibility of Sonatrach’s return to work in Libya, through completing its contractual obligations in Contract Areas 065 and 96/95,  as the results of good exploration drilling for these Areas and finalizing development plans for production were discussed in detail.
A brief presentation was also made by the service companies of Sonatrach (construction, drilling and implementation of projects), where the Chairman of the Board of Directors commended the ability of Algerian companies and called them to develop twinning programs with their counterparts from the service companies affiliated with the National Oil Corporation such as (National Oil Wells Drilling and Workover Company, Construction Company and a Taknia Libya Engineering company).
Sonatrach service companies welcomed the idea and it was agreed to form joint committees in this field and to sign memoranda of understanding in particular.
The vocational training programs and the preparation of technical personnel in welding and inspection were also discussed and the two Companies will work to implement these programs in the shortest time.
The meeting was attended by Mr. Abulgasem Shengeer, Member of the Board of Directors for Exploration and Production at National Oil Corporation, Mr. Khalifa Amru, Chairman of the Management Committee of Harouge Oil Operations Company, Mr. Mammeri Benyoucef Executive Director of GTP Company, Mr. Abdel ghani Bendjebbaa, CEO of GCB Company, Mr. Mohamed Benzar, CEO of ENAFOR, Ms. Nour El-houda Boghalem, Director of Corporate Affairs at Sonatrach and Ms. Nacera Merghani, General Manager of SIPEX BVI.