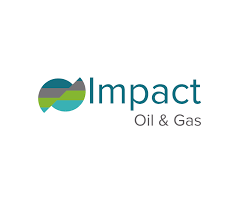 Impact Oil & Gas has announced that its wholly-owned subsidiary, Impact Africa Ltd, has received approval from the Government of South Africa to take forward the Transkei & Algoa Exploration Right and the Tugela South Exploration Right, offshore South Africa, on a 100% operated basis.

“Impact sees significant exploration potential in South Africa, in particular in the Transkei and Algoa areas, where recent data has allowed us to map some very exciting leads.”

The Transkei block benefits from 12,000km of 2D seismic data, acquired in 2013 and 2018. During March this year, the Transkei & Algoa joint venture received all of the 2D seismic data, processed to depth. Impact is encouraged by the results of its interpretation of this data and sees world class hydrocarbon potential. Impact has applied to enter the Second Renewal Period and has high-graded areas for the acquisition of 3D seismic over the Transkei area.

“Southern Africa is a strategically important exploration province for Impact, so we are delighted to be taking forward the exploration of these blocks. We thank the teams at ExxonMobil and Equinor for their collaboration and invaluable contributions to our exploration of these area. Impact is now focused on building upon the substantial work done to date by the previous JV partnership and progressing our active farm-out process.”