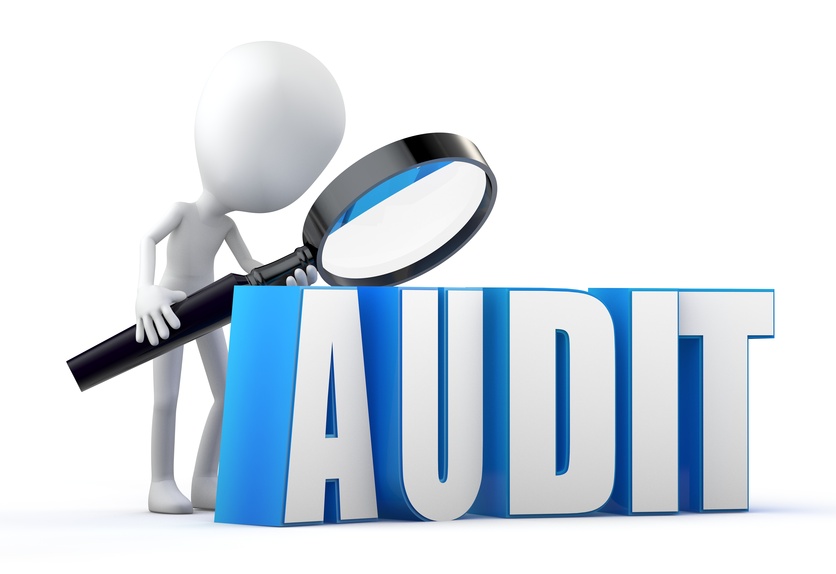 Kenya is currently the second leading East African country with estimated 750 million barrels in only two blocks that is 13T and 10B in Lokichar Basin,South Turkana; after Uganda’s recoverable estimate stands at 2.2 billion. However, there is evidenced optimism that further immense discoveries are underway due to movement of oil to the Lokichar Basin, where exploration and appraisal campaigns are majorly focused.

It will be noted that Tullow set foot in Kenya in 2010 and consequently started operating an year later after securing required licenses. Until now, the equity on block 13T and 10B is distributed as follows (Tullow 50%, Africa Oil 25%, and Maersk Oil 25%) with FEED and Final Investment Decision/FID yet to be reached, the Irish explorer remains major shareholder and operator. Nonetheless, it is very disturbing to learn that Kenya is yet to conduct financial audits on the operations of the explorer seven years down the line.

In an eye-opening article published on Tuesday May 23rd 2017 by Business Daily (Pg.19),the Petroleum Principal Secretary, Andrew Kamau disclosed that four audit firms shortlisted to review all costs incurred by Tullow Oil between inception (in Kenya) to date (ITD) were rejected (by the World Bank) as they supposedly quoted inflated audit fees that exceeded the allocated budget.

As if not worried the PS continued to state, I will quote him. “The first call in November 2013 was suspended after none of the applicants matched the required expertise in auditing oil explorers. Another search was opened mid-last year but has now collapsed again”.

I’m not blaming Tullow for the extreme delay of timely financial audits rather, I’m extremely surprised by the high level of laxity the government has shown in this case. Besides it is the Government of Kenya through the Petroleum & Energy Ministry that ought to create a compliant compelling environment as a benchmark for explorers to abide & thrive.

It’s not possible that Kenya, a country who is home to all the big four audit firms cannot get the right fit for the job. Both PwC & Deloitte Consulting for instance were in the Oil & Gas industry in Africa way before 2008; so the fact that any of these two lacked expertise to carry the audit assignment is misleading, null & void. I have personally worked alongside aforementioned firms in the Federal Republic of Nigeria; one of the highest oil producing countries in Africa with a complex tax environment but have never heard of any complaints about their ( audit firms) inability to deliver.

So why would an audit firm be alleged to quote inflated fees?

It is evident how valuable in depth audit reports are; audit firms would invest hugely in highly qualified personnel, technology and other tools to ensure quality work is delivered. I haven’t so far in my career witnessed audit fees that are beyond ‘the value for money.’

It may be argued that the Government of Kenya amongst other stakeholders may in this case want to use audit findings from Tullow Oil operations in order to make critical decisions perhaps in the review of the Petroleum Production Bill, PSC and other statutory or regulator laws. The higher the demand for something, the higher the price-simple economics apply.

On the other hand and to my knowledge, generally, audit fees might be considerably higher due to the following reasons:-

It will be noted that there have been a trail and trend of tax and/or compliance lawsuits facing International Oil & Gas Companies (IOCS) commonly referred to as ‘explorers’ in this context. From the Withholding Tax case in Tanzania (that was ruled in December 2012) affecting Tullow Tanzania BV to yet another highly fought Tax suit in Uganda (ruled in July 2014). Oil & Gas explorers have proved to lack tax exemption immunity when the sharpened axe of the ‘taxman’ eventually lands on them thus struggling to defend themselves in the tax jurisdiction they operate.

In its judgment in Tanzania, the Board, though in its obiter dicta, stated:-

“….. With our poor nation facing the might of powerful economic interests that have the full backing of their equally formidable governments in the oil and gas industry in which we have to enter despite our inexperience, of which we are not sure of victory, there are clear indications that we shall be deliberately and unnecessarily setting up a David and Goliath contest, of which we are not sure of victory if we in the legal profession generally and in the administration of justice in particular saw the danger coming but decided to do nothing.”

The decision of the Board, in favor of the respondent, provided that:-

Although in Uganda the tax exemption immunity worked to some degree; I will opine that the threat for Uganda to face an international arbitrator if Tullow would have challenged the Tax Appeal Tribunal at the International Centre for Settlement of Investment Disputes /ICSID brought about a win, win situation.

“The settlement of this dispute is good news for both Tullow and Uganda as it confirms that we are moving in the right direction to resolve the critical issues that will allow us move towards a Final Investment Decision (FID),” Mr Mugerwa said in an email response to Sunday Monitor.

Even with this kind of ruling, the taxman (URA) and other lawmakers were not pleased at all. According to them, given room, further methods would have been explored to prosecute the explorer ensuring the tax claim is paid in full.

“Off the record though, officials at URA still had confidence that this case could be won despite Cabinet’s contrary thinking.”-Daily Monitor.

Further, Lwemiyaga County MP Theodore Ssekikubo, who chairs the Parliamentary Forum on Oil and Gas, in an interview (at the time of ruling), said government traded the country’s interests because they needed a source of quick money to bankroll their upcoming activities.

“Why on earth would any government request an oil company to settle matters out of court moreover a decision taken by Cabinet alone sitting in the dead of the night? Mr Ssekikibo said. “ I have it on good authority that actually Uganda got more than the $250m but we’ll expose them some day,” he added.- Daily Monitor.

Elsewhere, Africa Petroleum (AP) is at the moment facing it tough with the Gambian government over the extension of exploration rights for two offshore blocks, whereas AP states it has invested over $64 million and is ready to partake planned field development activities after securing financing; the Gambian government however, poses to have found ‘non-compliance’ with the explorer. Besides, AP still maintains its compliance and interest to continue operating on these blocks. This is an interesting build up and hopefully the matter shall be fairly handled to the satisfaction of both sides.

The Republic of Kenya (especially the Revenue Authority/KRA, Ministry of Petroleum & Energy, Oil & Gas E&P regulator amongst other stakeholders) should take note of the above featured tax/compliance related scenarios. The taxman just as in other countries has always been in the fore front to recoup ‘evaded tax’. It is high time for the taxman to ensure that all the facts are written in bold before the hunt for tax owing explorers kicks off.

For instance in Uganda (during the ruling of Tullow case), surprisingly, the tribunal found out that tax exemption had been granted by the Minister of Energy. This was in contrary to the constitution which clearly and exclusively vested such powers in Parliament. Regardless of how convincing URA would have been before an international arbitrator, this loophole wouldn’t have brought the anticipated favor; thus the cabinet’s decision to pull out of the case amidst criticism.

I’m aware the Petroleum Production Bill (2015) has not yet been passed into law. This has (to mention but a few) led to the stall of crude oil transportation from Lokichar to Mombasa for exportation. This bill stands a whole lot of review given it will be done after general elections, who knows what kind of lawmakers shall be elected and what they opinion would be? Other lined projects such as the Lamu LAPPSET and the Oil Pipeline are also affected with this particular bill that’s under review.

Transparency makes one of the most important foundation pillars within the Oil and Gas industry. In Ghana for instance, the government demands explorers to publish PSCs for the benefit of the public amongst other stakeholders. This is a common practice across the globe, yet it has not been witnessed in Kenya except for a few companies who have done so voluntarily or due to obligations in their home countries.

To minimize or eradicate disruption of exploration/drilling activities by local communities (which has been witnessed in Turkana) public participation in policy making should be earnestly embraced. Any agreements made after explorer’ meetings with local communities should be published for transparency and measure of compliance.

As I conclude, tax/compliance disputes in the Oil & Gas Industry can be completely eradicated. However, an enabling environment must be created by both explorer, regulator and/or government authorities /lawmakers to arrive at a common understanding before commencing any activity. It is wise to bring (beforehand) your legal and other professional teams to sit, discuss & pave way for a compliant & penalty free environment than to bring them later in tussles of legal battles that would be costly, draining & could end up derailing and marring explorer vision/goodwill .May God bless Kenya.

John Chacha Jr. is a Member at the Global Institute of Internal Auditors and a CIA Finalist. He has ( for 6 years) served within the Accounting, Finance, Internal Control & Compliance Departments in the Oil & Gas Exploration and Production (for major IOCS); working closely with the senior management, legal council, external auditors, regulators & government authorities. His experience also cuts across operations, allowing him to knowledgeably present an accurate analysis of the industry activities. John has since 2012 worked on different drilling campaigns across the African terrain & abroad. His exposure in diverse and complex tax regime & jurisdictions makes him outstandingly ideal for his current role of consultancy (Projects & Strategies).

This an author’s own opinion and do not comprise the thoughts of any professional bodies affiliated to him. He has endeavored to quote relevant sources thus indemnified from any residual error.

Reach the author through: johnchacha@icloud.com