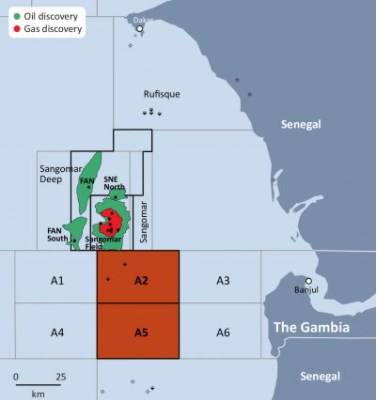 BP has exited Gambia’s A1 block as a result of its corporate strategy towards clean energy and after failing to achieve the work requirements in the acreage according to the Ministry of Petroleum and Energy. The commitment includes the drilling of an exploration well with the company having already acquired and reprocessed 2D and 3D data and conducted of an Environmental Impact Assessment.

The licence which became effective on the 30th day of July 2019 with an initial exploration period of 2 years ending 29th July 2021 saw operations seize in early 2020 as a result of the covid pandemic which  caused a drastic change in the Global Oil and Gas industry and led BP to suspend plans to drill as earlier planned i.e. by the end of 2020.

Furthermore, in July 2020, BP informed the Ministry that it would not be able to drill a well in the A1 Block due to a change in its corporate strategy towards low carbon energy.