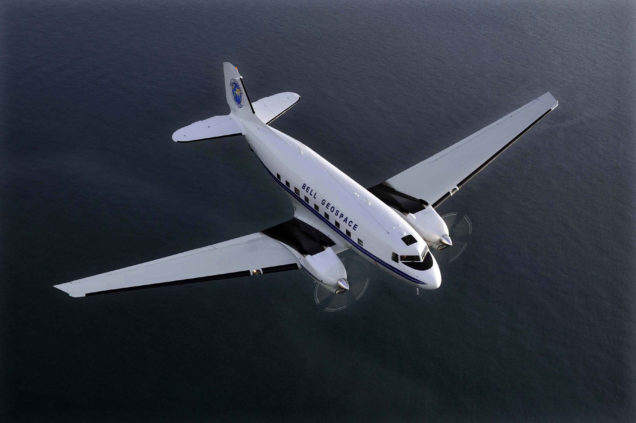 When to use FTG?

Combining a gravity anomaly field derived from the FTG tensor component data with legacy gravity data in the form of marine and / or satellite data yields an uplift in resolution that serves to expedite exploration risk analysis in frontier settings through its ability to quickly identify prospectivity.

Legacy gravity data often acquired as part of wide line spaced 2D seismic programs over large geographic settings suffer from loss in spatial resolution due to the regional extent of the survey. When acquired as part of focussed 2D/3D seismic programmes, a similar loss in resolution is encountered, due to operational preferences being shown to the seismic performance. The impact is spatial filtering of signal during processing to produce coherent anomaly maps.

FTG data acquired on marine platforms offer a higher sampling rate over airborne platforms (Mims et al, 2009) simply by virtue of the slow ship movement. FTG data is sampled at 1 sec intervals that on marine surveys, the along line sampling rate is typically 7 to 10m whereas on airborne platforms is from 55 to 60. The impact is that a marine survey’s wider signal bandwidth captures a higher frequency content. This has implications for advanced exploration challenges such as detailed depiction of near seabed / shallow geological complexity. The increased sampling rate permits high confidence imaging.

For exploration projects targeting deeper and / or larger sized structure, the capture of the high frequency content is less critical as such targets are imaged equally as well with a sampling rate of 55m as it is with a sampling rate of 7m. In such applications, FTG data are acquired on airborne platforms at a constant elevation from 100 to 120m above the water surface, thus maintaining a fixed and smooth acquisition surface. Data quality is insensitive to wave motion facilitating acquisition of high quality data in rapid time.

The single most and largest density contrast presented in FTG surveys is bathymetry. Scours, channels and rugged bathymetric topography yield high amplitude, varied wavelength responses that can mask the response from deeper sub-seabed geology. These are particularly critical when surveying in shallow water. In such applications, bathymetry data is acquired concurrently with the FTG on marine surveys. For airborne applications, where survey line spacings are wider, FTG’s sensitivity to bathymetry is less critical. In such applications, bathymetry data retrieved from satellite and / or seismic surveys are considered. The bathymetry FTG effect is modelled and removed from the raw FTG data for sub-seabed imaging.

The water layer acts as a buffer on FTG’s ability to resolve sub-seabed geology. Deep water creates a large distance from sensor to source, resulting in a reduced capacity for FTG to image detailed geology. Low amplitude, long wavelength signature patterns arising from largescale structures are retrieved. Shallower water results in sensor being closer to the target and the resultant FTG response will yield a higher frequency and higher amplitude anomaly.

Tight line spaced surveys are planned in shallow water to adequately capture such focussed responses. In such an application, then there is a fundamental need for detailed depiction of the sea-bed in order to correct for its contribution from the data. Wide line spacings in deeper water means that FTG is less sensitive to sea-bed effects allowing consideration of lower resolution bathymetry data for corrections.