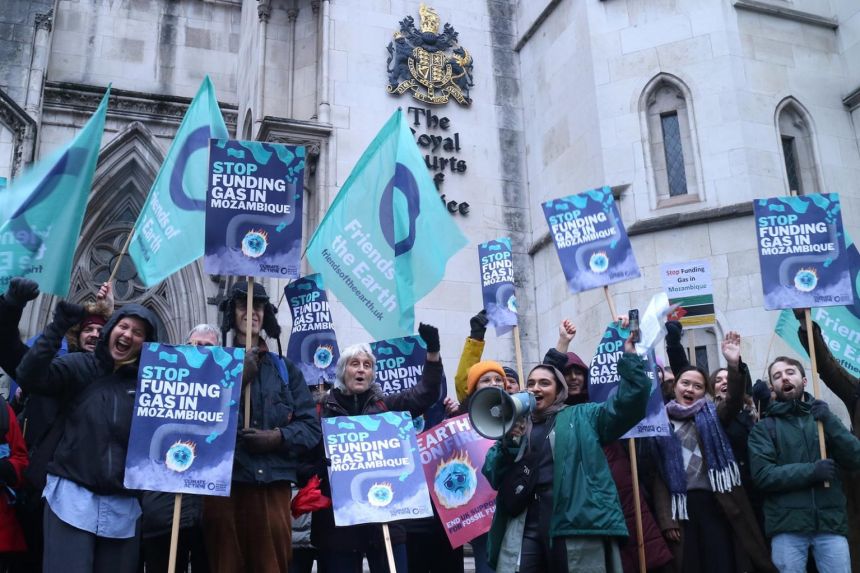 Environmental lobby group Friends of the Earth has taken Britain to the London High Court to challenge approval for government funding in Mozambique LNG project which it argues goes against the country’s compliance with the Paris Agreement according to Reuters.

In its prayers the lobby wants the court to overturn the approval by the government that would force Britain to align with its global commitments to fight climate change.

Particularly Friends of the Earth want Britain to withdraw US$1.15 billion in financing by the UK Export Finance (UKEF) has committed to provide to finance the TotalEnergies led project with direct loans and guarantees to banks to support the design, build and operation of the liquefied national gas (LNG) project.

Friends of the Earth add that the project was approved without proper assessment of its climate impacts thus incorrectly judged to be compatible with the 2015 UN Paris climate agreement. The lobby wants Britain to instead invest in renewable energy and other sustainable projects.

“The UK has poured an eye-watering amount of taxpayer money into developing a huge new gas field in Mozambique right in the middle of a climate emergency,” Will Rundle, head of legal at Friends of the Earth, is quoted.

“We remain confident that UK Export Finance (UKEF) follows robust and internationally recognised due diligence before providing any support for overseas projects,”he said.

“TotalEnergies EP Mozambique Area 1 Limitada and Moz LNG1 Financing Company Limited are supporting the UK Government’s decision to finance this project, and are not in the position to comment on a pending judicial case, where they are not the Defendant,” TotalEnergies spokesman said.

The Mozambique LNG Project started with the discovery of a vast quantity of natural gas off the coast of northern Mozambique in 2010, leading to a $20 billion Final Investment Decision in 2019 and is on track to deliver LNG in 2024.