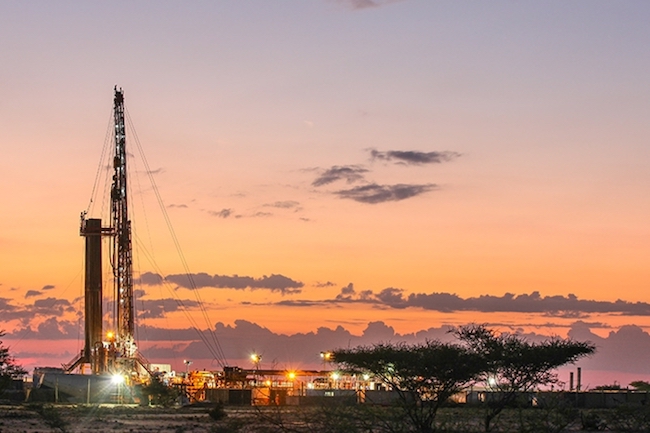 After a difficult few years, the exploration sector is back in the black – and keen to stay there. New analysis from Wood Mackenzie shows that explorers’ success in 2018 reflects a disciplined approach that’s set to continue this year.

Dr Andrew Latham, vice president, Global exploration, said: “We are seeing a long-overdue recovery in the sector. Last year conventional exploration returns hit 13% – the highest calculated in more than a decade. As 2018’s discoveries are appraised and projects move through the development cycle, we expect these economics to improve further.”

In 2018, exploration added at least 10.5 billion barrels of oil equivalent (boe) in conventional new field volumes. This was split 40:60 oil to gas. Dr Latham said: “These volumes are currently the lowest for several decades, but we expect they will increase, thanks to both further disclosure and appraisal. Similar resource creep from the initial year-end estimates has averaged around 40% over the decade. In 2017, it was 50%.”

While overall volumes might be modest, there were some very encouraging wells. Last year saw three play-opening discoveries – Ranger and Hammerhead on Guyana’s prolific Starbroek Block, and the Dorado find, which confirms a new liquids play in the Roebuck sub-basin, offshore Australia.

So how will 2019 shape up? Dr Latham said: “The Americas will receive a lot of attention this year. Latin American plays account for one third of global large and giant prospects scheduled for drilling in 2019. This region will also see one-third of the potential play-opening wells. Exceptional reservoirs in Brazil, Guyana and Mexico will attract the most investment. We expect billion-barrel scale volumes from these emerging and newly-proven plays, as has been the case in the last couple of years.”

He added that southern and western Africa will also see a resurgence in offshore exploration.

“Many of this year’s planned wells have the potential to open new plays or add large volumes,” he said. “Worldwide, we expect 2019 discoveries to add around 15 billion-20 billion boe of new resource.”

Dr Latham singled out five wells in particular as ones to watch. Top of the list is Peroba, a giant pre-salt prospect in Brazil’s Santos basin, estimated to hold in-place volumes of more than 5 billion boe. Peroba lies on trend with the giant Lula discovery. If the well is successful, partners Petrobras, BP and CNODC are likely to be sitting on a very significant find.

Next is Brulpadda-1, in South Africa’s frontier Outeniqua basin. Total operates this potentially play-opening well, with drilling results expected this quarter. Prospect volumes are pegged at around 1 billion boe.

Nour-1, in Egypt’s prolific Nile Delta, is currently drilling. If Eni and its partners are successful, Nour could have an impact on other projects in the region, especially as its near-shore location means it could be brought on stream quickly, strengthening Egypt’s gas export prospects. Nour’s resource is estimated to be about 860 million boe.

Chevron will spud Kingsholm-1 in the US Gulf of Mexico’s prolific Mississippi Canyon area towards the end of the first quarter. The prospect is high-pressure, high-temperature (20 ksi) and holds an estimated 300 million boe of resource. Last on this list is the Jethro prospect, on the Orinduik Block, offshore Guyana. This well is on acreage adjacent to ExxonMobil’s prolific Stabroek Block and will target a 200 million boe prospect in the same play as the recent Hammerhead find.

While not in Dr Latham’s top five, Total’s Venus-1 well, in Namibia’s ultra-deep offshore, has the potential to be the year’s largest discovery. The ultra-deepwater wildcat will target 2 billion barrels of oil in a giant Cretaceous fan play, close to the South African maritime boundary.

However, the exploration sector will continue to be an exclusive club in 2019. The recent uptick in exploration economics over the last two years shows how the sector has slimmed down. Fewer companies are drilling fewer wells, and many companies, regardless of size, have cut their exploration spend.

“Even as average exploration returns rise to double digits, newcomers will be few and far between. If anything, the current corporate landscape will continue to narrow,” Dr Latham said.

He added: “Exploration remains critical for the majors and all eyes will continue to follow their wells. A small number of independent IOCs and international NOCs will also be readying their high-impact prospects. Less active in exploration in the coming year will be the private equity-backed explorers.”

Those companies that are sticking with exploration have renewed confidence. “A stronger oil price, lower cost base, refocused portfolios and greater drilling success in 2017-2018, and a healthy inventory of new quality acreage have cheered up the industry. It is using more efficient rigs at lower rates, and avoiding technical complexity. These changes will help the industry stay on track and continue to be profitable.

“However, this more upbeat spirit has been hard-won and companies will be loath to give it away. Purse strings are not about to burst open. We expect companies will focus on their best prospects, with global exploration and appraisal spending for 2019 staying close to its 2018 level of just under US$40 billion per year,” Dr Latham said.

Not all the changes have been so supportive. While some governments have made adjustments to fiscal and regulatory regimes to encourage exploration, others have opted to speed up the shift to a non-carbon future by banning exploration.

Dr Latham said: “Sustainable energy technologies are advancing and public attitudes towards oil and gas exploration are changing, too. As a result, we foresee more partial or complete exploration bans.

“So far this is a trend for economies that can afford a declining hydrocarbon contribution in their energy mix. The industry will be watching closely to see if such bans spread to countries with greater subsurface potential.”