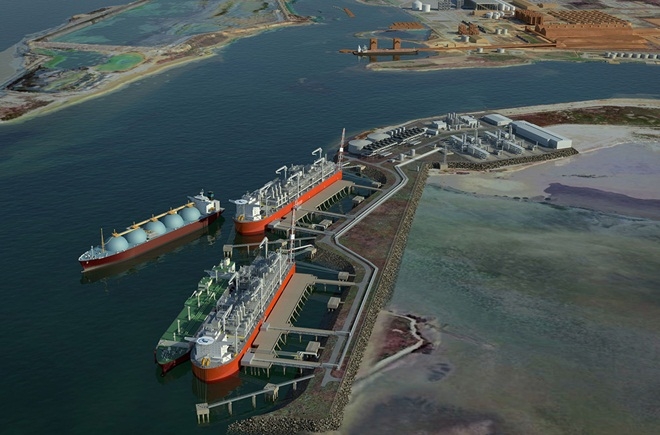 Africa’s call for a just and inclusive energy transition has been answered through the European Union’s landmark proposal to label natural gas as a ‘green’ energy source. Historically, Africa has always fought for sustainable development because we know, first-hand, the ravaging effects that even minute changes in climate can have on the continent and its populations. But to develop sustainably, Africa must first industrialize itself. It must have the same opportunities as Europe and other western countries. The point that natural gas serves as a transitional energy source is one that has been promoted by African nations for a long time and therefore, the African Energy Chamber (www.EnergyChamber.org) hails the EU’s proposal as a landmark development that justifies a positive outlook for an inclusive energy transition.

It has taken a crisis in energy availability to bring about policies that could increase Africa’s energy supply. The current pressure from The West to acclimatize to cleaner energy systems has so far been exclusive in recognizing that the transition may differ in form and timing from one region to another. By restricting investment into energy sources, such as gas, Africa has stood the chance of being left behind during the energy transition, which is counterproductive and regressive.

“We have had our disagreements with our European friends, however, there has always been constructive, behind-the-scenes dialogue with European policymakers. They listened, worked, and let us make the case for Africa’s low-carbon LNG and these discussions have been critical in getting us to see eye-to-eye on gas, a lot of work still needs to be done to make this a reality” stated NJ Ayuk, Executive Chairman of the African Energy Chamber, who added, “The demonization of Africa’s gas industry needs to stop, and investments need to come into the sector. While we continue this engagement, it is important that the oil and gas industry focuses its investment on further reducing carbon emissions within the gas value chain. Sustainable development and making energy poverty history will require Africa to increase gas within its energy mix, which will give us a fighting chance to reduce the continent’s carbon footprint, even when we are still under 4% of global emissions.”

Africa faces unique challenges and must be allowed to time its own energy transition according to its own needs. The proposal to label natural gas as ‘green’ energy is what a just energy transition looks like, and now, we need to finance it. To capitalize on this, the African Green Energy Summit, to be held at African Energy Week this year, will clearly outline initiatives and positions ahead of this year’s COP27.

Now, at the dawn of a new year, Europe and Africa can collaborate and cooperate and stride in allegiance towards a brighter future. The two continents can set aside their differences and strive towards sustainable development together, paving the way for a new approach to Africa’s energy industry, one that serves the whole world and all its people as opposed to a privileged few. Should most EU members back the proposal, then it will become law from 2023, which the African Energy Chamber hopes will stand to help the U.S. recognize natural gas as a clean fuel, which it unfortunately does not under the Biden Administration’s current clean power plans.

This new proposal will pave the way for new European investments in natural gas in Africa and will therefore allow Europe to unlock billions of euros in finance and sustainable energy funds to support gas as a transitional energy source. The EU will want to import whatever natural gas Africa develops, which is constructive for project funding and will open doors to have candid discussions about furthering energy availability across the continent.

Some countries, like Senegal, Mozambique, South Africa, Tanzania, Nigeria, Angola, Ghana, Mauritania, Libya, Cameroon, Algeria, and Equatorial Guinea, have taken steps to monetize their natural resources to develop and industrialize independently. Thus, we need to give them time to realize the benefits of their strategic efforts and facilitate their own sovereignty when adhering to the energy transition. By using natural gas as a feedstock to create other value-added products, like petrochemicals, from fertilizers to ammonia, revenue can be used to build infrastructure, from pipelines to ports and roadways, and we can therefore open the doors to economic diversification for other African countries as well.

“Despite predictions that demand for African LNG is expected to grow for the foreseeable future, investments in gas exploration have been hit hard by a short-sighted bias against our low-carbon natural gas resources. This has led to a reluctance towards investing in supply projects because of the fractured global outlook towards natural gas,” continued Ayuk, concluding that, “African nations must be more pragmatic. If exploration and production companies must wait one or two years before their proposed projects are sanctioned, then the prospects for a sustainable African energy future will diminish rapidly. These practices, which help protect the interests of oil-producing nations, made sense when crude sold for $100 per barrel and before the energy transition took center stage, but they don’t make sense now.” Concluded Ayuk

While the African Energy Chamber hails the proposal as a win for Africa, it is not a time to regress to the continent’s old ways. Now is the time for African oil and gas producers to do everything in their power to encourage as much exploration and production activity as possible, particularly through International Oil Companies, National Oil Companies and African Independents. In the long term, African producers of oil and gas will continue to rely on the industry’s revenue to sustain economic growth and guarantee a just and inclusive energy transition, and should lobby for knowledge transfers, training, gas monetization programs, and other strategic opportunities so that their oil and gas operations can create pathways towards sustainable development and diversification.