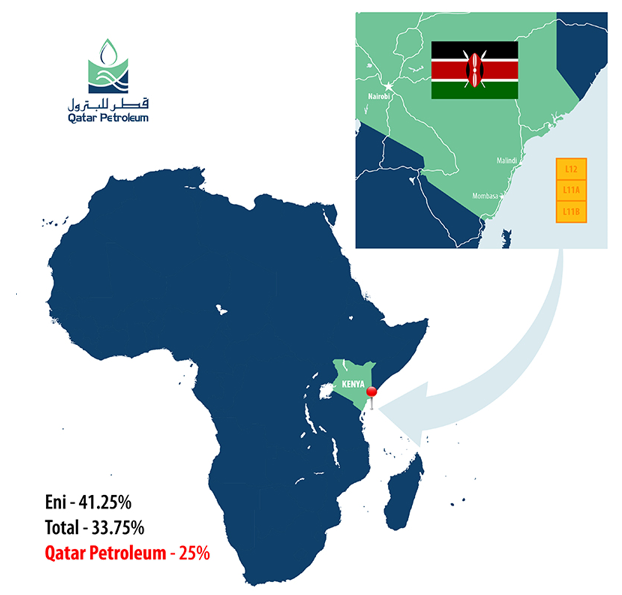 The Italian energy giant is widely renowned for making discoveries in the most unlikely and highly complex areas. A good example is the Nene Marine discovery. This was and still remains a very unique discovery of the decade having taken explorers 20 years of unsuccessful exploration. Not only was the find one of the largest discoveries (1.2b barrels of oil and 42.5 bcm gas) in the world in 2013, but it was also a significant step in the pre-salt domain for Congo-Brazzaville (TOGY 2014).

“The start-up of the Nené Marine field, achieved just eight months after obtaining the production permit, is a great result for Eni and reaffirms our strategy of rapidly exploiting exploration resources thanks to the company’s technical and planning capabilities, and combining exploration, operational and development efficiency.” Claudio Descalzi

Under Exploration and Production highlights for the 2nd Quarter and Half Year 2019 results, Eni has signed these agreements to divest to Qatar Petroleum:

Early this year, while signing the Mozambican deal, Qatar Petroleum president and CEO Saad Sherida Al-Kaabi said: “We are pleased to sign this agreement, with our valuable partner Eni, to participate in exploring this frontier offshore basin and strengthen our presence in Mozambique. I would like to take this opportunity to thank the Mozambican authorities and our partners in this block for their cooperation and support.”

Though Eni, Total SA and Qatar Petroleum form the most solid, long-term and visionary joint venture in East Africa and by extension on the African continent, the policy regime (including tax and law) will determine their sustainability.

Kenya for instance, has to woo Eni and its partners (Total SA & Qatar Petroleum) with an enabling environment including employing tax incentives. E&P facilities must be in place as well to enable the operator save on costs during and after the exploration stage-this is one of Eni’s strategic exploration and production models.

Failure to provide an enabling and a viable environment, the partners may give priority to Block A5-A in Angoche basin -Mozambique which (as a country) has relatively considerable Oil & Gas E&P infrastructure as well as a signed FID in LNG that has seen other massive FDI related investments being channeled into the country.

There is nothing Host Governments dread to experience as block/well relinquishments; at least not on the 1st or 2nd encounter with a dry well(s). Block Farm Down(s) (bidding and marketing) is a costly and cumbersome process (particularly in developing countries) especially where relinquishment has often been witnessed. Other factors that lead to relinquishments include political instability, war, international trade sanctions, bankruptcy and/or unfavorable operating policies.

“We hope that the exploration efforts are successful, and we look forward to collaborating with our valuable partners Eni and Total, and the government of Kenya in these blocks. I would like to take this opportunity to thank the Kenyan authorities and our partners for their ongoing and continued support,” H.E. Al-Kaabi said.

Important to note, Qatar Petroleum (QP) will want to maintain the monetary lead and OPEC’s industry recognition in gas exportation to Europe and the rest of the world. In the first half of the year, Qatar was leading by having supplied 10 MT of LPG into EU markets. This continuous and strategic acquisition of international area prospects such as in Kenya, Egypt, Morocco and Mozambique is proof for a long-term involvement in Africa.

Eni has picked well its partners and given (to a large extent) both share same Oil and Gas E&P strategies and models; great, historic and lucrative discoveries (with the magnitude of Nene Marine in Congo Brazzaville) are underway. And where it is likely to happen soon in East and Southern Africa is Kenya and Mozambique.