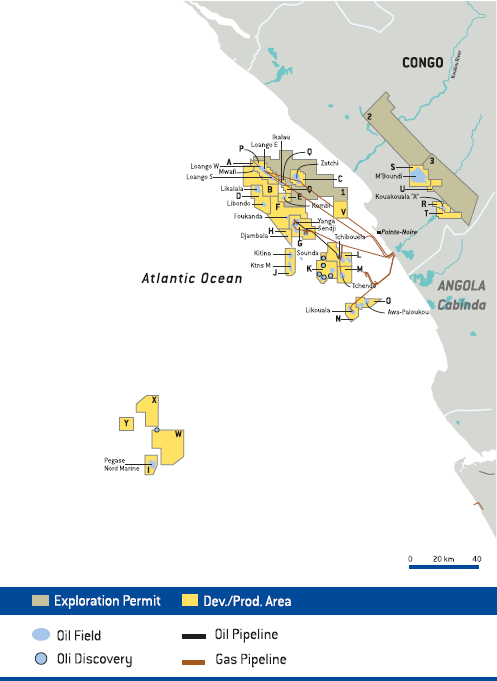 Italian Giant Eni is said  to have  started the process to offload assets in the Republic of Congo and is said to be working with advisors to facilitate the transaction. This is with the aim of reducing the operation costs, staff numbers at a time oil prices have slumped by more than 30 percent following the continued surge of the COVID-19 pandemic that has seen economies shut down and demand at an all-time low.

Eni has been present in Congo since 1968 with activities concentrated in the conventional and deep offshore facing Pointe-Noire and onshore covering a developed and undeveloped acreage of 4,725 square kilometers.

In the development phase include the M’Boundi field and the offshore discoveries of the Marine XII permit. In the exploration phase is the appraisal the Nenè Marine field and with the appraisal of gas and condensates discovery of Litchendjili field both of which hold an estimated 2.5 billion barrels