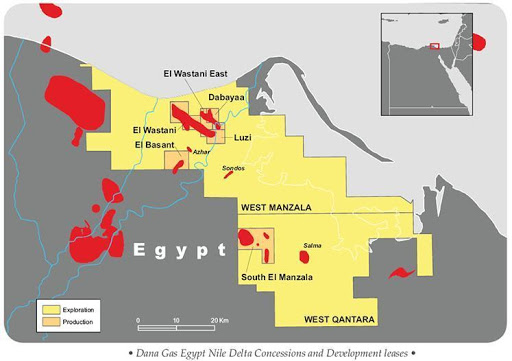 The results of an Independent Reserves Report that was completed on the Abu Sennan concession at the end of 2020 by Gaffney, Cline & Associates, using PRMS definitions for Reserves and Resources, has now become available to United.

The Independent Reserves Report has an effective date of 31st December 2020, and has not incorporated the results of the successful ASH-3 and ASD-1X wells that were drilled since the start of 2021.

The report also included an evaluation of 21 exploration prospects located within the Abu Sennan concession, of which the largest has gross best estimate Prospective Resources of 5 MMboe and a 35% chance of success.

“It is really pleasing to see the Abu Sennan assets continuing to perform so strongly, and so consistently, with a reserves replacement ratio of over 190% for the second year in a row.

“We remain confident that the Licence has much more to offer, and indeed, these upgraded reserve numbers take no account of the successes already achieved so far during the 2021 drilling campaign. This report significantly increases our understanding of the potential of this asset, pointing to 21 potential exploration targets. With further development drilling due to commence shortly at Al Jahraa, and further development and exploration targets identified across the licence, we are looking forward to further news flow and growth from Abu Sennan, both in the coming months and in the longer-term.”