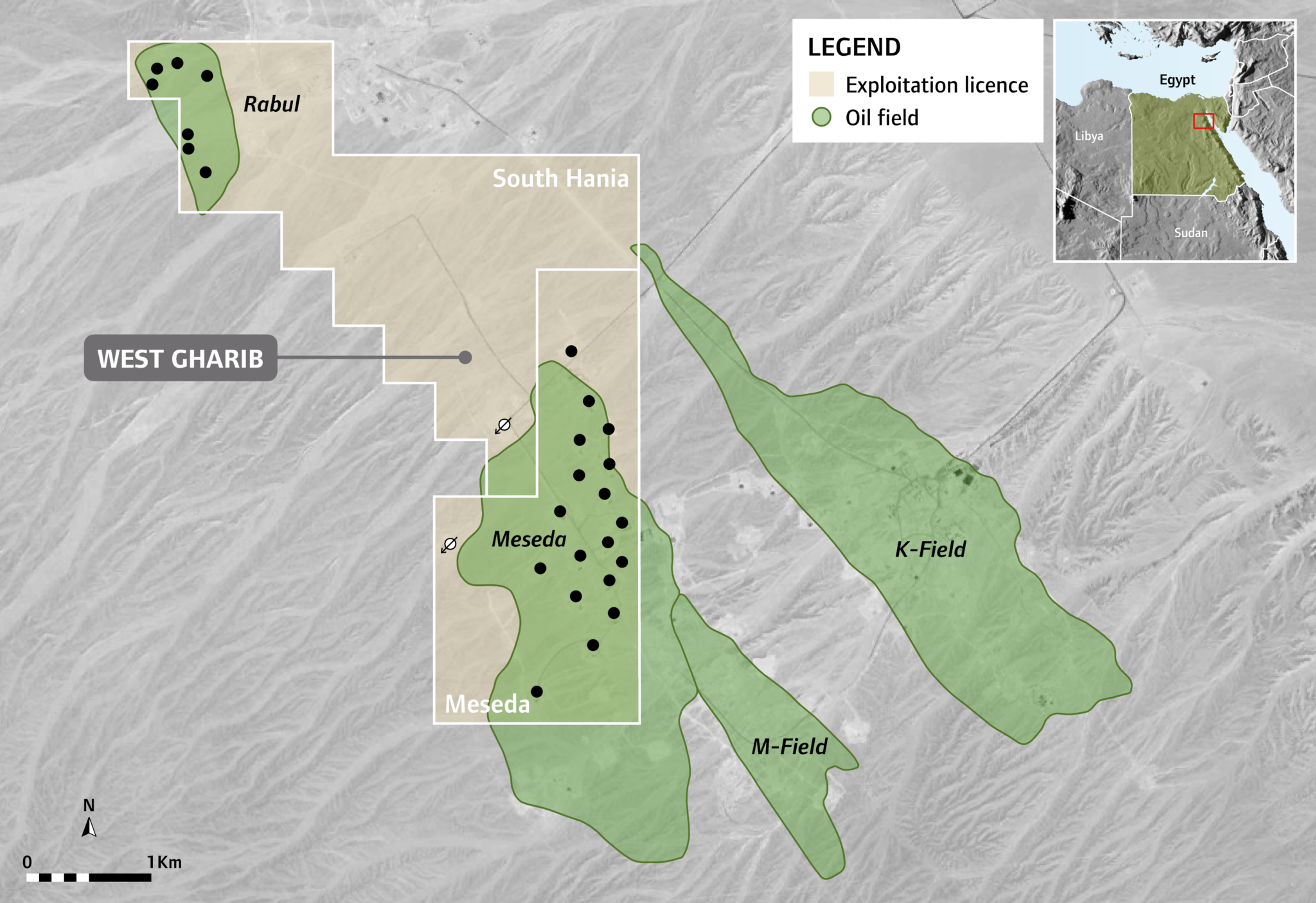 SDX Energy has announced the spudding of the MSD-23 infill development well on 24 June 2022 at the Meseda Field, West Gharib concession, Egypt. MSD-23 is targeting the primary Asl Formation reservoir at around 4,000 feet MD (3,200ft TVDSS). MSD-23 is the fifth well in a fully funded, 13-well development campaign on the Meseda and Rabul oil fields in the West Gharib concession.

The fourth well of the campaign, MSD-24 (TD, 5 June 2022), has been connected to facilities and is currently producing at a gross rate of around 300 bbl/d which is in line with pre-drill estimates. Operations at the third well, MSD-20, continue.

“I am pleased to announce the spudding of MSD-23, the fifth well in the 13-well infill drilling campaign on the West Gharib Concession together with the commencement of production from the recently completed MSD-24 well. With gross production from the field now reaching 2,150-2,200 bbl/d we are anticipating further increasing production through the completion of operations at MSD-20 and the drilling of the eight remaining wells in the campaign over the next year. I look forward to updating the market further as the campaign progresses.”