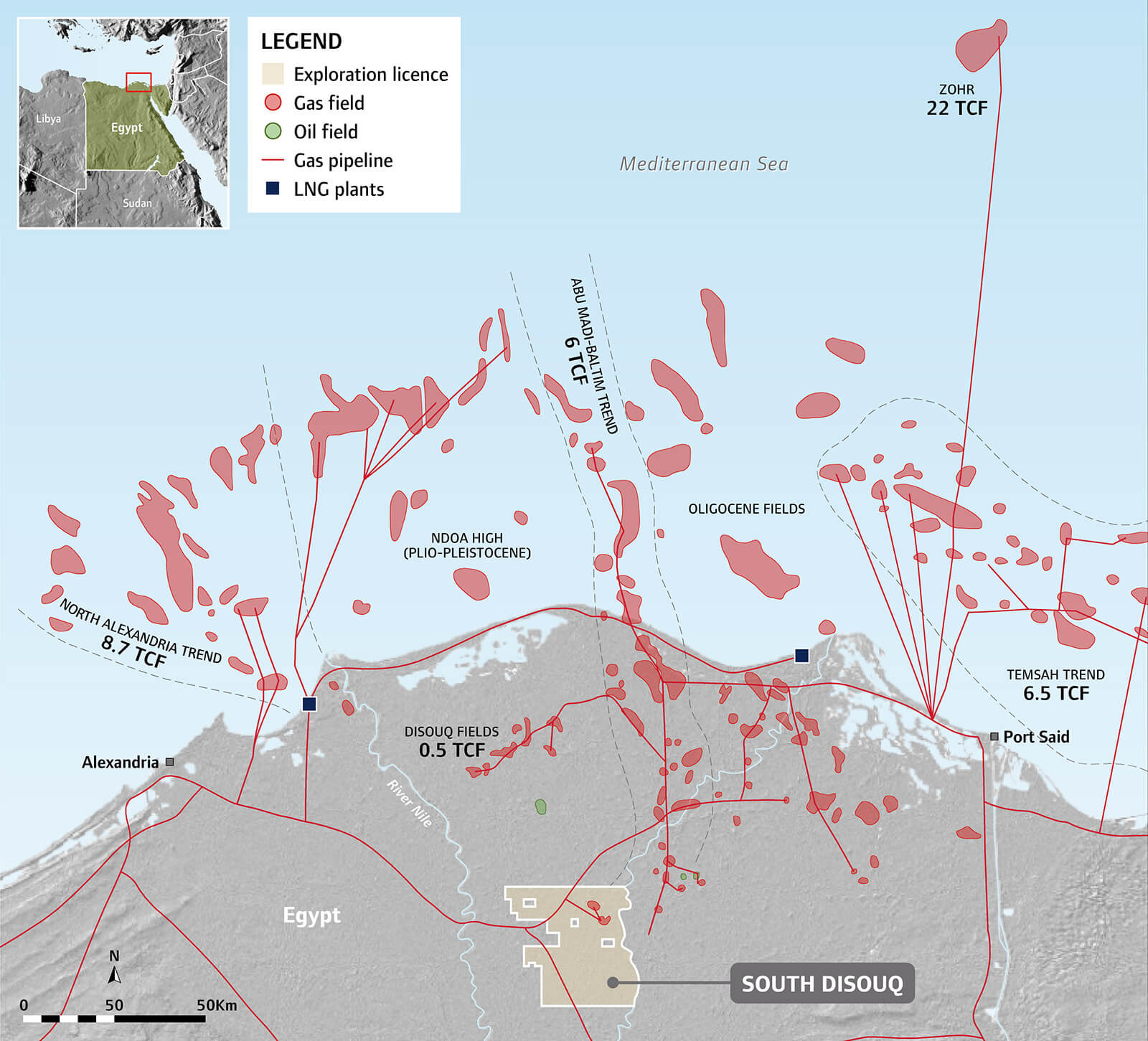 The HA-1X exploration well on the Hanut prospect spudded on 4 August and reached the target depth of 6,000ft on 17 August.  The primary target for HA-1X was the Basal Kafr El Sheikh sand at approximately 5,200ft. The well however found that the Basal Kafr El Sheikh sand had been eroded at this location.  Whilst drilling to target depth, good quality sands were found at the Qawasim level, however they were not charged with gas.

As Hanut was a unique subsurface feature in the South Disouq acreage, SDX considers the result of the HA-1X well to have limited impact on the remaining c.90-100bcf of prospectivity in the SDX acreage at South Disouq.

“Whilst the result of this well is disappointing, I remain positive about the remaining prospectivity in the area which has not been materially impacted. In particular, I am encouraged by the proof of reservoir quality sands in the Qawasim Fm in the South Disouq area as this derisks further close by prospectivity. The Company will now be working towards moving these prospects to drill-ready status for a 2022 campaign and looks forward updating the market on its campaigns in West Gharib and in Morocco in the remainder of the year.”