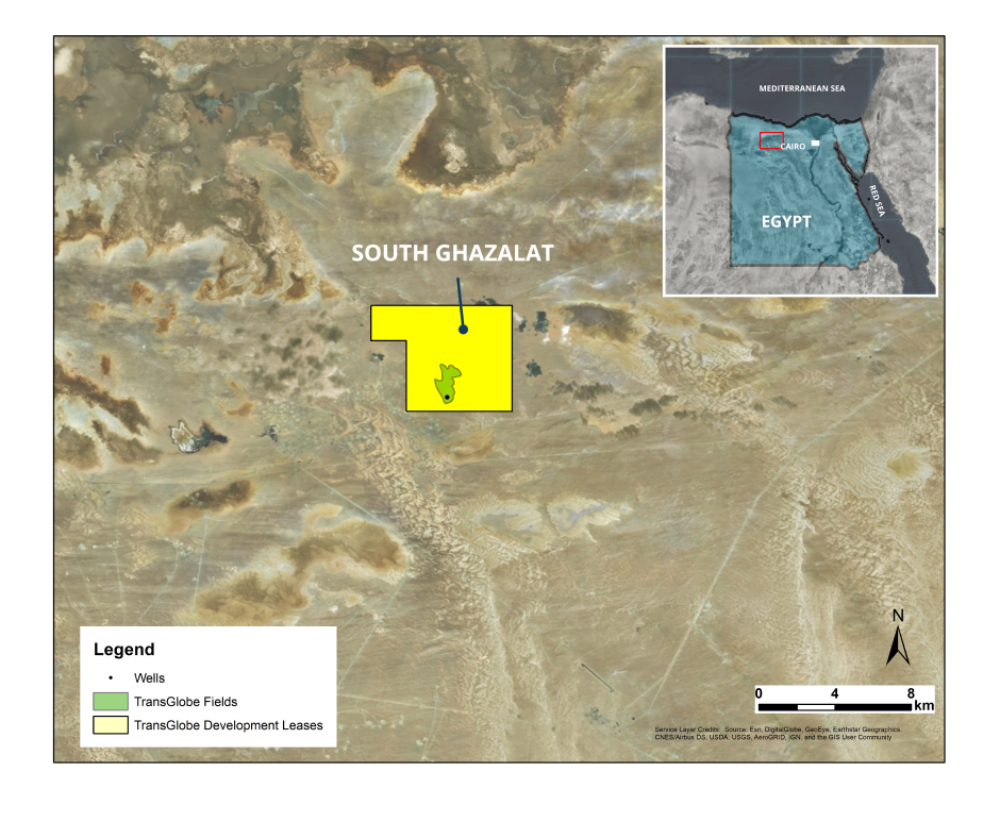 The recompletion of SGZ-6X well to the deeper, more prospective lower Bahariya reservoir has been concluded. The well commenced production on March 21, 2021 at a field-estimated production rate of ~3,600 Bopd of light oil on a 32/64-inch choke with 0% watercut.

As planned, on March 22, 2021 the well was restricted to a field-estimated ~1,000 Bopd of light-oil on a reduced choke to facilitate reservoir data gathering and the preparation of an effective reservoir management plan for the lower Bahariya at this location. The Company will provide a further update on South Ghazalat once this plan has been developed.

Work to expand the early production facility at South Ghazalat has been completed.

The EDC-64 rig has now rigged down at SGZ-6X and is mobilizing to the Company’s Eastern Desert concessions where operations on the budgeted twelve well 2021 drilling program are expected to commence in April 2021.

“We are excited to announce the successful recompletion of SGZ-6X into the lower Bahariya reservoir at our South Ghazalat concession. Prudent reservoir management in the short-term will ensure optimal resource development and maximize future value for shareholders. This approach will allow us to maximize future economic off-take from SGZ-6X, firm up the appraisal of this pool with SGZ-6A and optimize our exploration plans on the SGZ-7B prospect. At this time these operations are still planned for 2022, but may be revisited mid-year, depending on oil prices and other corporate priorities including direct shareholder returns.

With the rig now moving to the Eastern Desert drilling program, we are on target to grow production in Egypt in line with our previous guidance.”