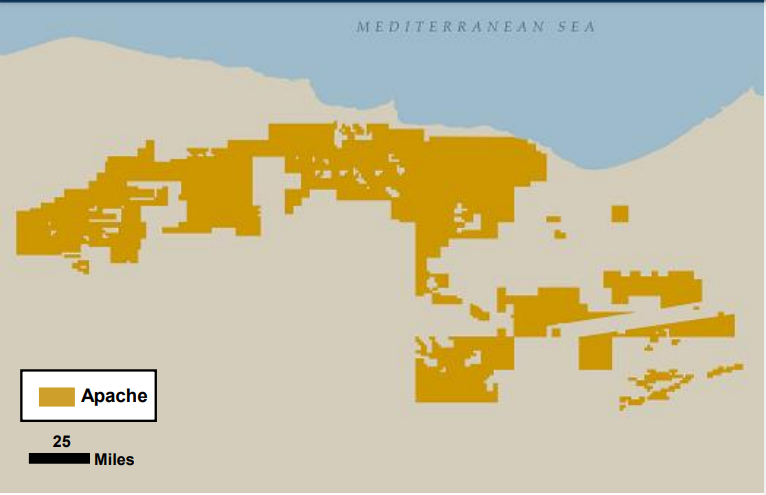 The effective date of the final agreement is retroactive to April 1, 2021 and the agreement has been formally signed by the Minister of Petroleum and Mineral Resources H.E. Tarek El Molla, EGPC and the company.

“This agreement is a win-win for Egypt and the APA-Sinopec Joint Venture. The modernized PSC incentivizes increased investment and production growth and places Egypt at the top of many attractive investment opportunities in APA’s global portfolio. It also reinforces Egypt’s commitment to responsible economic development and public-private partnerships,” said John J. Christmann IV, APA’s CEO and president. “Since the beginning of 2021, we have increased drilling activity from five to 11 rigs in Egypt, and under the revised PSC, we look forward to further increasing the rig count and generating significant year-over-year growth in oil production. Looking ahead, we will be implementing a number of impactful ESG initiatives aligned with our focus areas of air, water, communities and people.”

In November 2021 APA announced that the Egyptian Parliament approved the agreement to modernize and consolidate its current Production Sharing Contracts (PSCs). It said the new PSC will consolidate the majority of the concessions operated by APA’s subsidiaries operating in Egypt (Apache) into a single new concession, which will account for more than 90% of the company’s gross production volumes in Egypt.

The changes also simplify the contractual relationship with EGPC and include provisions to create a single cost recovery pool, facilitate increased recovery of prior investment, adjust cost recovery and production sharing percentages, and refresh the term length of both exploration and development leases.

The Apache subsidiary that will become the sole contractor under the PSC is owned by an Apache-operated joint venture owned two-thirds by Apache and one-third by Sinopec.