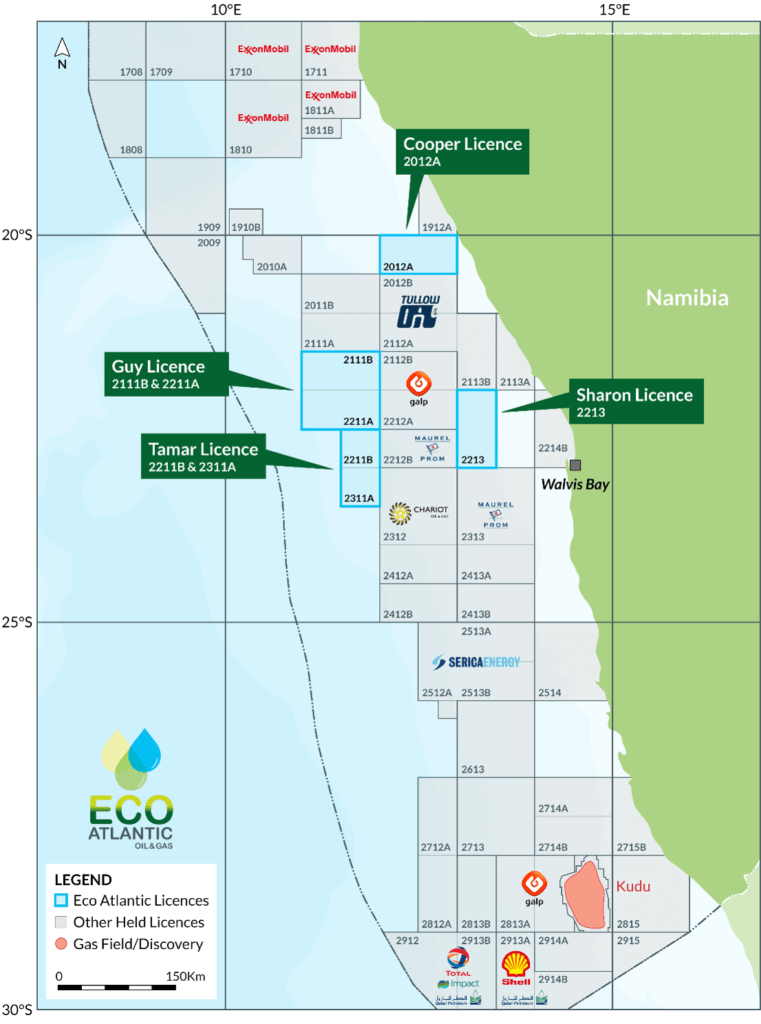 ·    The Company’s successful negotiation of the reissuance of its four licences in the Walvis Basin, Offshore Namibia, lead to the expansion of its acreage position. As announced on 30 November 2020, the Company’s updated licences in Namibia cover approximately 28,593 km2, with over 2.362 BBOE of prospective P50 resources.

·    Eco has a strategically significant acreage position in-country and is progressing its various work programmes across its four blocks offshore Namibia. The Company has witnessed considerable interest from multiple international oil companies in Namibia.

·    The Company continues to monitor upcoming drilling activity in the region, which could potentially see up to four exploration wells drilled on behalf of ExxonMobil, Total, Maurel & Prom, and Shell in the next 12 months.

“The past year has seen Eco make significant strides across a number of different aspects of its business. In terms of oil and gas exploration, we have made material progress in Namibia, through the successful negotiation and reissuance of our four licences in the Walvis Basin, and in Guyana we have completed a landmark transaction with JHI, ensuring near-term exposure to low risk, high impact drilling activity.