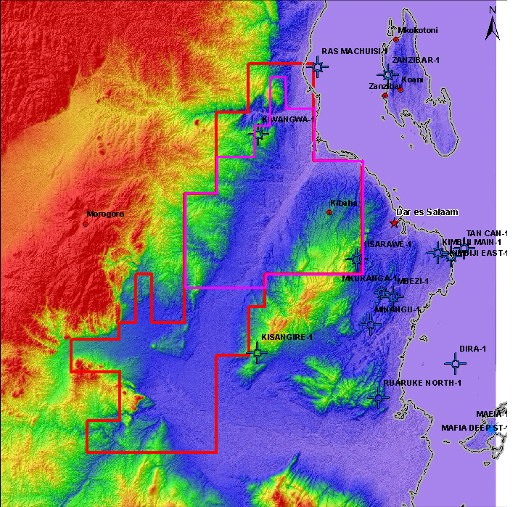 The Dodsal Group, a Dubai-based business conglomerate currently operating in countries in Tanzania has said it is seeking for a partner to provide technical and consultancy services for carrying out and issuing an Environmental Impact Assessment (EIA) Report for drilling exploration,Appraisal wells along with testing  and flaring activities in onshore Ruvu Block.

The expression of interest document which expired last week says the scope will generally include the provision of report and NEMC certificate and detailed delivery schedule, site visits, generation of Terms of Reference, preparation of a scoping report, provision of background information document, regular meetings and reporting to both Dodsal and relevant Environmental authorities.

The company which last year announced a discovery of over 2.7 TCF natural gas deposits on the block has in the past said it will to invest US$300 million in Tanzania over the next 24 months to support its exploration and production activities, including implementation of an Early Production System to bring discovered gas to the market.

The company which has so far made the largest onshore gas discovery in Tanzania’s Mambakofi and Mtini region plans to carry on with studies to establish the prospective gas resources at the third well at Mbuyu in the western side of the block, which is estimated to contain upto 5.9 TCF of gas in a large gas column.

Dodsal Hydrocarbons and Power (Tanzania) Pvt. Ltd., a wholly owned subsidiary of Dodsal Resources signed the Production Sharing Agreement with the Government of Tanzania on October 23, 2007, acquiring possession of an on-shore Oil and Gas Concession 30kms West of Dar es Salaam in Tanzania, with an area of more than 15,000 sq. km.