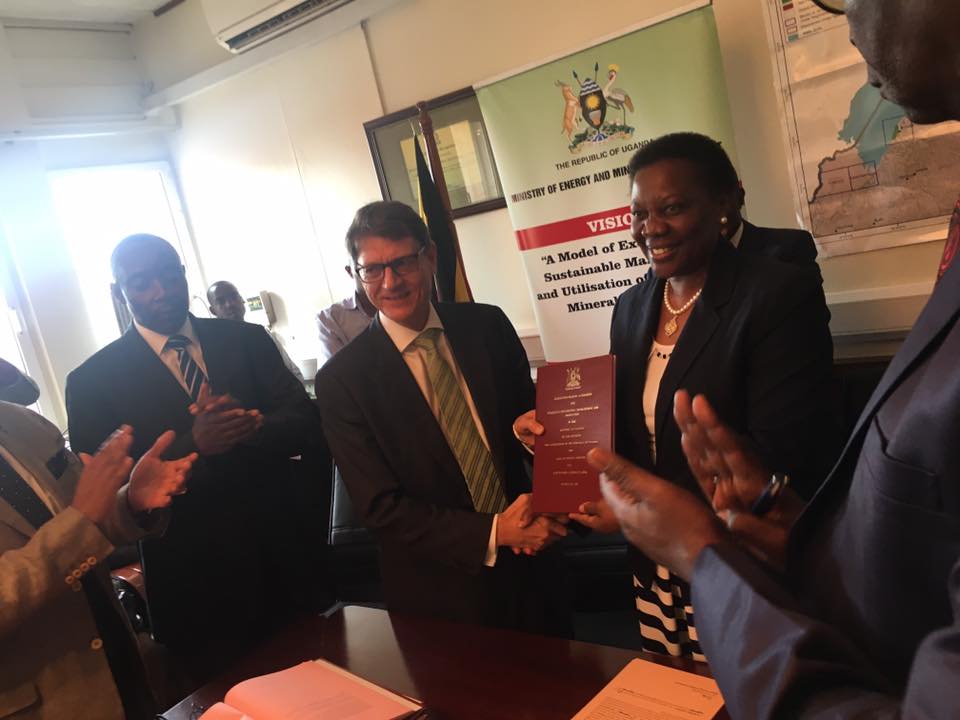 Australian explorer Armour Energy has been granted a two year exploration licence in the the Kanywataba Block in the Albertine graben bordering the Democratic Republic of Congo with the possibility of  an additional two years subject to completing the work program for that period.

The award was cleared by Cabinet and the Ministries of Finance, Planning and Economic Development together with that of Justice and Constitutional Affairs.

The production-sharing agreement with Armour Energy formerly  operated  by Total, CNOOC and Tullow Oil is part of the licences auctioned under the 2015 licensing round and covers 344 sq km.

The first period work program involves undertaking geological and geophysical works, reviewing existing data, reprocessing seismic data, and the acquisition of 100 line kilometres of 2D seismic.  On completion of the work in the first period, the tenement can be renewed for a second 2 year period.

In the event that the tenement is renewed for the second 2 year program, the SPC will be committed to further expenditure on a minimum work program of undertaking geological, geophysical and geochemical studies plus drilling one exploration well.

Highlights of some key provisions of the PSA include;

“This is the first Production Sharing Agreement to be signed in line with Section 58 of the Petroleum Exploration, Development and Production Act 2013, the Legal regime under which I announced the First Competitive Licensing Round during February 2015,”Hon. Eng. Irene Muloni, Minister of Energy and Mineral Development said.

Armour Energy will be in partnership with DGR Global Limited after the two companies entered in to an agreement over Armour’s application for the Ugandan Oil Project, ‘Kanywataba Block’.

Under the agreement the Kanywataba Block is to be initially granted to Armour, and subsequently placed into a Specific Project Company (SPC) for the purposes of the agreement, subject to Ugandan Government consent.

, Armour will retain 16.82% while DGR will meet the tenement expenditure and work program commitments for the first two year period and indemnify Armour for these costs.  Until the transfer is completed, Armour shall hold DGR Global’s 83.18% interest in trust beneficially for DGR Global.

Armour and DGR Global will have pro‐rata entitlements to participate in new capital issues in the SPC.

DGR Global has agreed to spend up to:

 US$1,980,000 exploration commitments over the first two years.

The Kanywataba block is located at the southern end of Lake Albert in the Albertine Graben where approximately 115 wells have been drilled, and 101 wells encountered hydrocarbons delivering an 88% success rate on economic discoveries.

Armour has assessed the prospectivity of the block and estimates low, best and high unrisked prospective oil resource to range from 646 to 969 MMBBLS of oil in place across 7 prospects each with stacked reserves.    Armour considers the main resource risk to be potential loss of hydrocarbon charge, and on that basis considers prospects 2 and 3 to represent the most prospective targets (highlighted below).