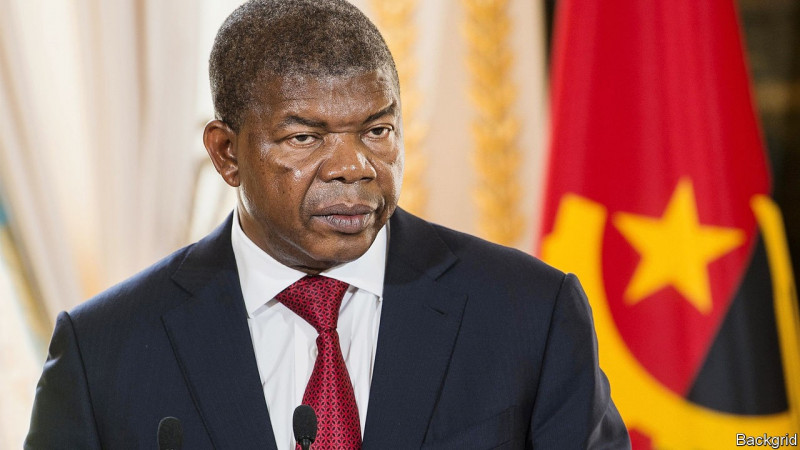 For decades, many of Africa’s oil- and gas-producing states followed a predictable pattern. They treated their oil and gas primarily as raw materials that could be sold abroad for a quick profit, rather than as a means of supporting efforts to make more lasting changes in the economy of the nation as a whole.

This pattern has had unfortunate consequences. It discouraged investment in local capacity, and it fostered the development of arrangements under which most residents of the producing states could not see how the large amounts of money earned from oil and gas exports were improving their lives. In other words, it allowed most hydrocarbon revenues to flow back to the home offices of international oil companies (IOCs) or to go to national oil companies (NOCs) that transferred funds to local governments — and, in many cases, to individual government officials, along with their friends and family members.

But corruption isn’t the only issue. Africans also know that the old pattern of focusing on commodity exports doesn’t do enough to put their economies on track for long-term growth and keep them there.

They know, in other words, that the old habits don’t create jobs.

And why should it be that way? Africa’s oil and gas resources have the potential to accomplish so much good for the continent’s people – and that includes creating training and job opportunities across multiple sectors, which is one of the keys to sustainable economic growth. This can be accomplished by strategically harnessing oil and gas to monetize value chains and diversify economies. And to do that, we need to create an environment that enables new businesses to launch and thrive.

As the Chamber’s 2021 Africa Energy Outlook says, “Using the stimulus afforded by the natural resources to stimulate jobs in other economic sectors with higher labor intensity is where a significant amount of jobs can be created.”

So it’s time to broaden our view of Africa’s oil and gas resources. Instead of treating them only as a revenue source, we must approach them as a path towards a very important goal: empowering Africans to improve their own lives.

Africans understand the necessity of breaking free of old patterns, and they’ve tried to address the challenge with policy changes. In Angola’s case, they have sought to thwart old oil habits of the past by embarking on a fundamental reform of how the sector works. This entailed taking away regulatory powers for the sector from the national oil company Sonangol and giving those to the newly created National Oil, Gas and Biofuels Agency (ANPG). The restructuring of the sector, that resulted in the creation of the ANPG and the reorientation of Sonangol, is arguably one of the greatest achievements of H.E. Diamantino Pedro Azevedo, Angola’s Minister of Mineral Resources and Petroleum who was brought in to reform the sector. This enabled Sonangol to embark on its own restructuring, at the core of which is the sale of non-core assets and a withdrawal of what Sonangol is expected to do; be a competent partner to foreign operators, and cost efficiently run its own operations. These changes, though very recent, have already stated bearing fruits. The newly created agency, under the chairmanship of a recognized industry expert Paulino Jeronimo, has moved swiftly, to usher in the implementation of new local content guidelines. They have also refocused their efforts on making new acreage in Angola attractive for investment, in an effort to stop the expected decline in output, mid to long-term.

In more general terms, though, they’ve also introduced policy initiatives that aim to create jobs. In Angola, the government recently rolled out a new legal regime for local content requirements after two years of concertation with the various stakeholders.

President João Lourenço, who introduced the new rules last month, has made the job-creation angle clear. He has described Presidential Decree 271/20 as a way to promote Angolan commercial entities’ participation in the development of the oil and gas sector. He has said he hopes the new measure will encourage IOCs to obtain goods and services (including raw materials) from local providers and to replace foreign experts with local workers.

Presidential Decree 271/20 also stresses the Angolan government’s desire to strengthen “national entrepreneurship.” It states that foreign technical assistance and management contracts must include provisions for the establishment of detailed training and professional development programs and the transfer of expertise and technology.

This all sounds like a good idea — and a plan for concrete action as well. Presidential Decree 271/20 doesn’t just talk about increasing local content; it also replaces all the previous local content measures approved between 2003 and 2009. It offers a more detailed description of the factors that qualify an entity as an Angolan company and outlines the procedures that will allow the government to keep an up-to-date list of the parties that are pre-qualified to bid for contracts with IOCs

But does it really go far enough?

In some ways, it does. And by that, I mean that I’m glad to see that the decree talks about the need to make sure that Angolan workers have access to detailed, effective, and sophisticated training programs— and about the need to include provisions for such training in foreign management and technical assistance contracts.

In other ways, though, I’d like President Lourenço and his government to go further. I’d like them to think about exactly what kind of training might serve Angolans best. For example, what if they decided to prioritize training in information technology (IT) and operational technology (OT) skills? Might they find that workers who learn how to operate the control systems used to maximize the efficiency of, say, gas pipelines also turn out to have the skills needed to operate similar equipment in manufacturing plants? And might such workers turn out to have something even more useful, such as the skills needed to set up and promote a new tech hub that could serve as another new source of jobs?

A More Expansive View of Oil and Gas

I also think there’s room for Angola to take a more expansive view of oil and gas. That is, I think the government ought to look further down the value chain so that its new policies don’t emphasize conventional upstream, midstream, and downstream operations (and the ways that Angolan companies can support them) while overlooking other opportunities. Oil and gas aren’t just raw materials to be exported. They can also serve as feedstock for the production of petrochemicals, fertilizers, and other value-added goods. They can be used to power energy-intensive industrial facilities such as manufacturing complexes. They can also fuel power plants that increase domestic electricity supplies to such an extent that life gets better for residential and business customers alike.

In turn, all of these new enterprises will have to hire people. They will need construction workers to build their physical plants, skilled and unskilled workers to keep their facilities running, IT and OT experts to operate and maintain the digital systems that help maximize efficiency, contractors to provide services such as food and transportation, and so on. In short, they will create jobs — and in so doing, they will show that oil and gas amount to something more than exportable raw materials.

Furthermore, if Angola can pull this feat off — if it can use its new policies to lay a foundation for job creation that both includes and transcends oil and gas — it will be in a position to show other countries in Africa how to do the same thing. It will be able to set an example capable of inspiring Africans who want to see the old patterns of hydrocarbon development broken.

Finally, it is important to acknowledge the role that Angola and its current Minister of Mineral Resources, Petroleum and Gas, Diamantino Pedro Azevedo is playing as president of the conference of ministers of OPEC. Without market stability and a realistic price environment for crude globally, all potential benefits from the industry in Angola will be short-lived. OPEC Plus’s January 5th 2021 agreement to allow some of its members to cautiously increase production in February and March in a coordinated manner, is also due to Diamantino’s tact and experience. It is even more encouraging for the global oil markets, that Saudi Arabia is backing the current OPEC Plus deal with additional cuts of its own. This is good for Angola’s oil sector and Angolan jobs.