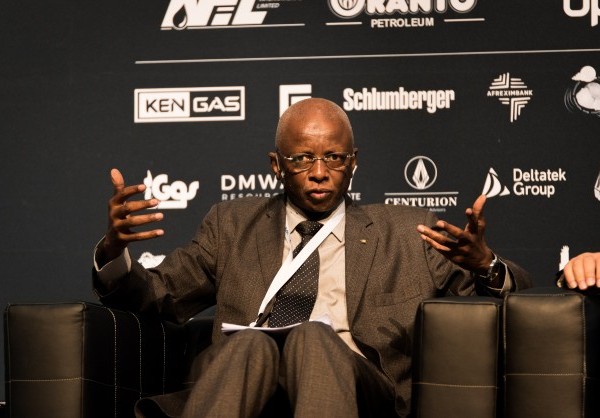 The Secretary General of the African Petroleum Producers’ Organization (APPO) is calling for action on reforming Africa’s energy sector — including prioritizing intra-African trade, creating economic diversification through the energy sector and calling for increased cooperation among Africa’s oil producing and non-oil producing countries to strengthen Africa’s position on the global stage.

“The instability of commodity prices in general and oil in particular again reveals the short-term nature of our development policies and the weakness of the strategies of stabilization and diversification of economies that would lead to sustainable development if properly implemented. The strategy is to learn to deal with the changes in the oil market through a strong vision and good economic governance in general, and good economic governance of petroleum resources in particular,” said H.E. Mahaman Laouan Gaya, Secretary General of APPO in an interview with Africa Oil & Power.

Gaya is leading deep reforms at APPO (renamed from the previous African Petroleum Producers’ Association as part of this agenda). These include aligning APPO’s mission and goals with the energy programs of several international organizations, including the World Petroleum Council, the World Energy Council, the African Union, the United Nations and the African Development Bank, and positioning APPO as a strong African voice at these and other international forums.

Gaya aims to encourage more synergy within Africa’s APPO’s 18 member countries (out of 20 oil producers on the continent) as well as the additional 30 African countries that are exploring for oil and gas reserves. “In the new APPO Statutes, it is stipulated that any African country with proven hydrocarbon reserves (not necessarily in the production phase) may be a full member of the organization. Our current concern is therefore to assist African countries in creating more synergies in their oil and gas industries. This is what will strengthen Africa’s influence in world markets and enable it to better meet its own energy needs. The hydrocarbons potential is there and, in the years to come, believe me, Africa will bring some big surprises in the oil and gas sector,” he said.

The reformed APPO has emerged in 2018 as an influential force alongside the Organization of the Petroleum Exporting Countries and the Gas Exporting Countries Forum in world energy policy, and has increased its cooperation with these organizations. This is vital to achieve African influence on the global stage, especially in the environment of global cooperation after the fall in oil prices, says the secretary general.

Critical to the APPO’s continued development will be the APPO Cape VII Exhibition and Conference held April 1-5 in Malabo, which will unite APPO members and additional African players in the continent’s oil and gas sector with the top investors in the global oil and gas sector, including international oil companies, independents and Africa’s many national oil companies.  For the continent’s oil producers, the exhibition and conference represents an opportunity to cooperate on the prosperity and stability by gathering and jointly generate ideas.

“Emphasis in reform will be placed on close coordination and new synergy between member countries. This reform will focus on creating a united African front on the global energy stage – which will certainly increase the power of the African voice – and on increase intra-African cooperation on projects, trans-border infrastructure, joint refineries and other major infrastructure projects,” Gaya added.