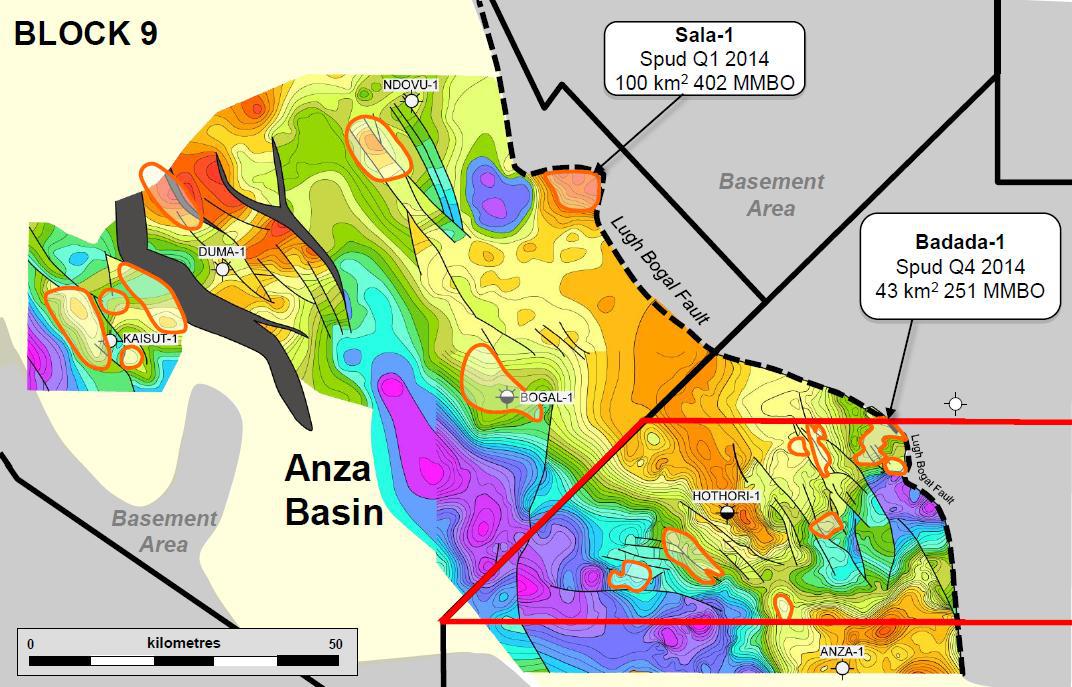 Block 9 operator Canadian explorer Africa Oil is unlikely to carry out any further drilling in the license until there is better understanding of the block according to a source who spoke to OilNews Kenya.

According to the source the block despite having recorded two gas discoveries at the Sala-1 well and Bogal-1 well has huge contrasts with subsequent wells missing to discover any hydrocarbons.

“After the Sala-1 well discovery we started the Sala 2 appraisal well with a success chance of 85 percent of discovering additional gas. We were thus dumbfounded after we had sunk the well we learnt no hydrocarbons had been encountered a clear indication of contrasts in this block,” the source told OilNews Kenya.

Africa Oil which remains the sole explorer in Block 9 after the exit of Marathon Oil and Premier Oil is also unlikely to carry on with any additional work unless it gets a new partner OilNews Kenya has further learnt. Already all the work commitments have been fulfilled thus Africa Oil has a cushion period before it can enter the next phase and require to carry out more work.

Africa Oil could also opt out of Block 9 with the Ministry of Petroleum and Mining having allowed it until June 2018 to reevaluate and reprocess seismic and other data the Bogal-1 well which was plugged and abandoned with then operator CNOOC citing extensive fracture network proven by the abundant fluid losses during drilling and the Formation Micro Imaging (FMI) log. Preliminary testing carried out on two potential gas pay zone showed only minimal flow of gas from each zone leading to the plugging and abandonment decision pending further analysis of the test results to determine the feasibility of an additional testing program, which would include fracture and acid stimulation, due to potential wellbore damage during drilling.

Initial results from one of Kenya’s deepest onshore wells reaching a total depth of 5085 meters indicated multiple gas pay zones totaling approximately 91 metres in Lower Cretaceous sandstones. Bogal 1 was also the first gas discovery in the block was seen as an important step in proving the presence of hydrocarbons in the block and was proceeded by an even larger discovery at the Sala-1 well which intercepted gas within three distinct zones of interest over a 1000-meter gross interval.