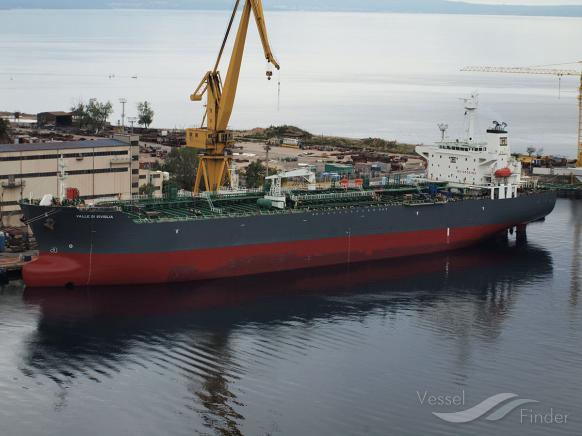 Oil tanker Valle Di Siviglia will ship 30,000 tons of condensate stored in the port to free up adequate storage capacity to enable continuation of natural gas production at its current levels of around 160 million cubic feet per day.
According to the national oil corporation this will also lessen the current number and severity of power cuts although not entirely solve the problem, given that the natural gas needs of the Zueitina and North Benghazi power plants are estimated at around 250 million cubic feet per day.
NOC says it is not able to provide this quantity of gas due to the illegal blockade of its oil facilities and its lack of a budget to import fuels resulting to the depletion of fuel for local markets. NOC adds that LNA forces blockading the oil fields that supply the Zawiya refinery have refused to re-pump crude oil so that the refinery is struggling to meet the deficit, provide fuel for local consumption or access state funds to import fuel.
“The blockade has caused great suffering to Libyan citizens, negatively impacting all aspects of life. Electricity blackouts in the eastern region due to lack of gas is one of those effects. NOC is continuing to make every effort to alleviate the suffering of Libyans in all parts of the country. We reiterate our calls to end the illegal blockade of our facilities so that we can do our job and meet local fuel consumption needs”, NOC Chairman, Eng Mustafa Sanalla said.
Last week NOC sent a shipment of diesel to Benghazi  to help meet the needs of the city’s power stations as far as is possible under current circumstances, despite the severe shortage of fuel allocations and the huge debts that have accumulated as a result of the closure of the fields producing gas and oil and the suspension of refineries.